Bell is offering its 429 GlobalRanger helicopter to Canada for its Future Aircrew Training (FAcT) programme. 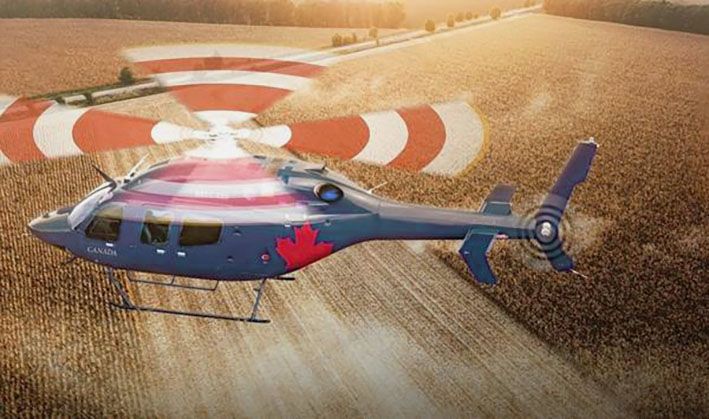 An artist’s impression of the Bell 429 in Canadian training livery. (Bell Flight)

The company announced 9 February that it is offering the twin-engined helicopter that is already in service with the Canadian Coast Guard for the rotary-winged portion of the country’s FAcT pilot training programme.

“Bell’s workforce of 1,300 Canadians is proud to offer the Bell 429, a proven and ideally suited platform designed, built, tested, and certified in Canada, for the future of the Royal Canadian Air Force,” the company announced on its Twitter account.

The Bell 429 GlobalRanger is a comparatively new design. As noted by Bell, more than 330 GlobalRangers have been sold worldwide to date, with in excess of 330,000 hours flown. The 429 can seat eight passengers, has a maximum cruise speed of 150 kt, a range of 761 km, and an endurance of 4.5 hours (all at no reserve fuel and 4,000 ft altitude).

FAcT will cover all facets of Canada’s military flight-training requirements, with a formal request for proposals (RFP) expected later in the year and a contract award in 2023. One contract will be issued covering all the requirements, including maintenance and infrastructure services. The contract period is expected to be at least 20 years.

BAE Systems announced it was withdrawing its planned participation in the programme in April 2019, followed by Airbus and Lockheed Martin in September 2019 and December 2020 respectively. Currently, only Babcock Canada Inc, Leonardo Canada, and SkyAlyne Canada Limited Partnership are competing the FAcT requirement. Bell did not disclose which team would include the 429 in its bid, although in 2020 Babcock offered the 429 to Australia.

Bell is offering its 429 GlobalRanger helicopter to Canada for its Future Aircrew Training (FAcT) pr...