Belgium has received into service its second Airbus Defence and Space (DS) A400M Atlas transport aircraft, bringing the number it now operates as a joint unit with Luxembourg to three. 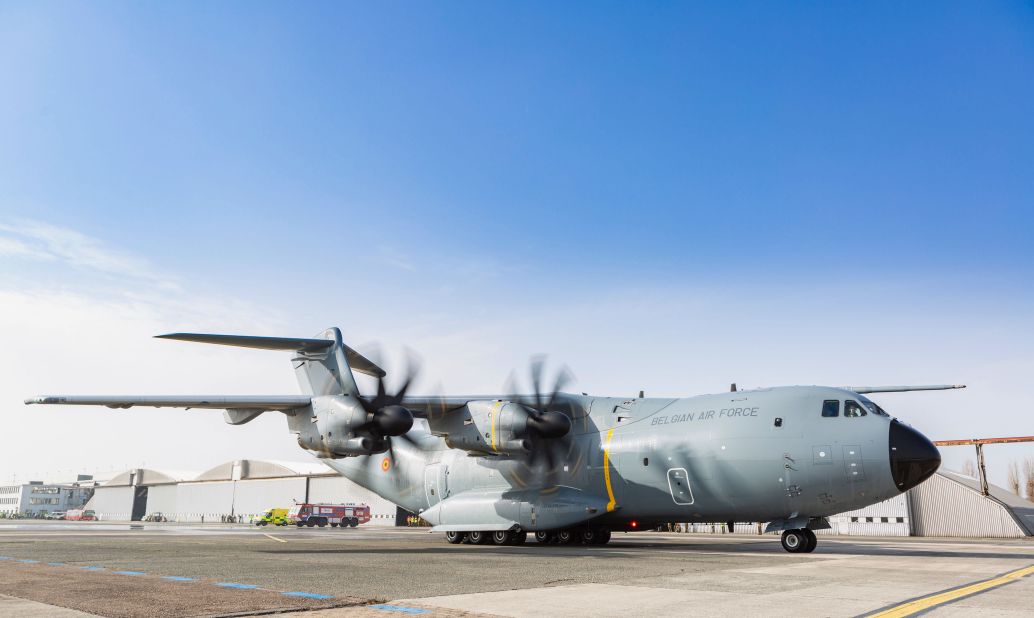 To date, the BNU has received three A400Ms into Melsbroek. The BAC’s 15th Air Transport Wing now operates two Belgian and one Luxembourg A400Ms for the BNU, with four more Belgian aircraft to be delivered. (Belgian Air Component)

Aircraft CT-03 arrived at Melsbroek, the military area of Brussels airport, on 4 March. The Belgian Air Component (BAC) will operate a total of seven A400Ms, including one purchased by Luxembourg.

The BAC’s 15th Air Transport Wing will field the fleet under the auspices of the joint Belgian-Luxembourg Bi-National Unit (BNU). These aircraft will be made available to the European Air Transport Command and through that the European Rapid Reaction Force.

As previously reported by Janes, the remaining six A400Ms will be delivered to the BAC by 2023, with full operating capability for the BNU slated for the end of 2024.

Besides receiving seven aircraft of its own, Belgium is also an industrial contributor to the A400M programme, responsible for manufacturing detailed machined wing elements and flight-control surfaces.

Set to replace the BAC’s ageing Lockheed Martin C-130H Hercules, the A400M can carry strategic payloads over strategic distances, while being able to deliver them in a tactical fashion to where they are needed. Figures released by Airbus DS show that with a 20-tonne payload, the A400M can fly an unrefuelled 3,400 n miles at 37,000 ft and at near-airliner speeds of Mach 0.72.