The Belgian Army has awarded Saab an SEK160 million (USD17 million) contract for live training systems, the company announced on 19 August. The equipment is to be delivered in 2021.

Under the contract Saab will provide its Gamer mobile combat training centre (CTC) with a laser-based tactical engagement simulation system (TESS). This will include personal detector devices and BT47 small-arms laser projectors for infantry use, and the BT46 Mk III vehicle system that includes wireless-networked detectors and the compact ballistic laser (CBL) for remote weapon stations. The CBL will also be supplied for shoulder-held anti-tank weapons.

The BT46 Mk III supports simultaneous detection of dual SISO and MILES laser codes. All the laser detectors are battery powered, using the same batteries as the dismounted system, avoiding the need to connect to vehicle power. The system is controlled via a smart device app and is hardware agnostic. 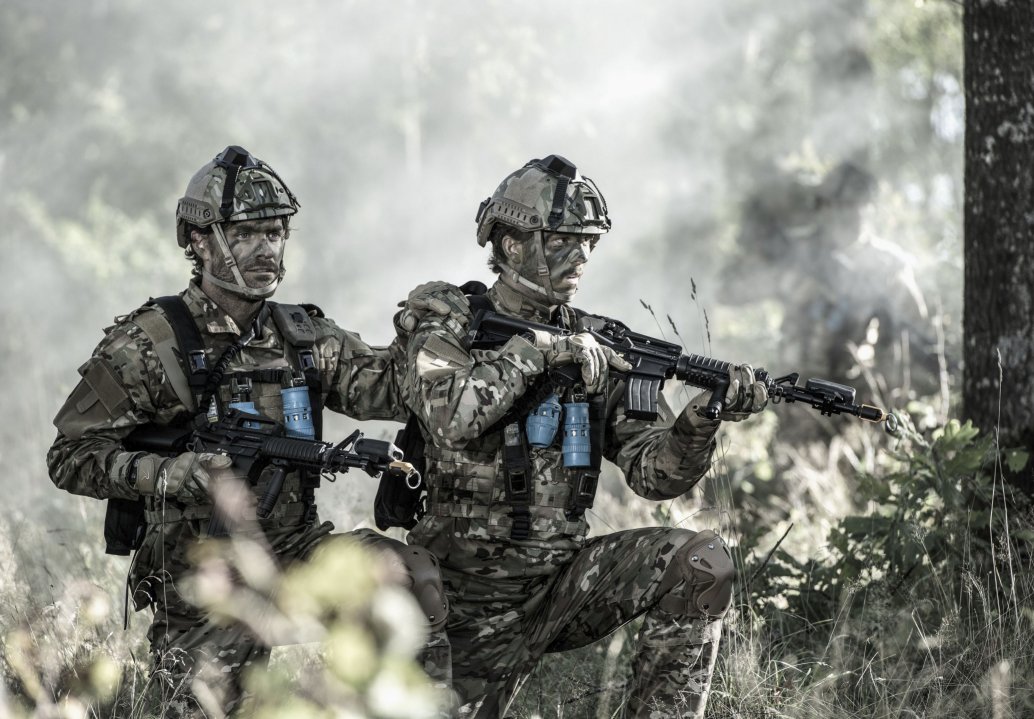 Saab is to provide infantry equipment as part of its contract to supply a complete CTC system to the Belgian Army. The personal detector device includes the harness with laser detectors, a 360° detector on the top of the helmet connected by an inductive link to the harness, and a control unit (seen on the left shoulder of the individual on the left). The BT47 small-arms laser transmitters are the small boxes mounted on the weapon barrel in front of the foresight. (Saab Training & Simulation)

FN Herstal has been working with Thales Belgium to demonstrate a guided rocket capability that could...

US contractor Kratos Defense & Security Solutions is to provide the rocket booster motor for the DAR...