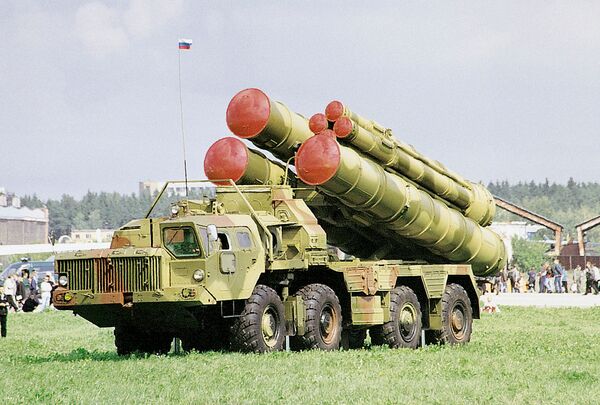 During an eight-hour-long press conference on 9 August, Lukashenko revealed he had asked Russian President Vladimir Putin to approve the sale of the system, to be paid for with money left over from a loan previously approved by Moscow to fund the building of a nuclear power plant.

“Such a question was put before the president of Russia – that at a reasonable price, for a loan – because we do not have that kind of money now, but we are conducting a dialogue with the president of the Russian Federation about delivering the S-400 to the Republic of Belarus,” Lukashenko was reported as having said by the Russian Interfax news agency. “The S-400 is of great interest to us, and I am sure that we will receive these systems.”

“USD300 million to USD500 million will remain [from the loan to build the nuclear power plant] – a decent amount, we will send for the purchase of military-technical equipment, including the S-400 systems,” Lukashenko said.

Minsk has opened negotiations with Russia to buy S-400 air defence systems, according to Belarusian ...