The Bangladesh Navy (BN) commissioned five new vessels – including two frigates, one corvette, and two survey ships – in a ceremony held on 5 November at its naval facilities in the port city of Chattogram (also known as Chittagong). 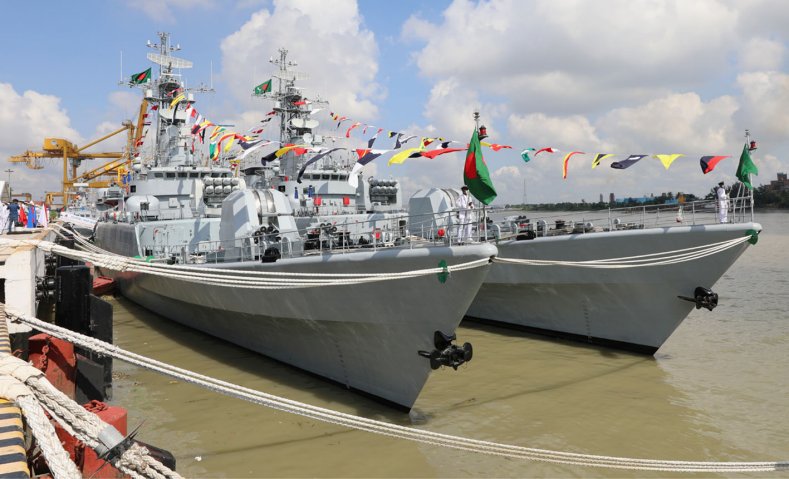 The BN commissioned five new vessels on 5 November, including frigates BNS Umer Farroq (also spelled Umar Farooq ) and BNS Abu Ubaidah , both of which were previously in service with the Chinese navy. (ISPR)

China had handed over the two Type 053H3 (Jiangwei II)-class frigates to the BN in December 2019 following an overhaul. The 112 m-long vessels, which can reach a top speed of 24 n miles, were previously in service with the People’s Liberation Army Navy (PLAN) where they were known as Jiaxing and Lianyungang .

According to Chinese media, the BN procured the two ex-PLAN frigates under a deal signed in June 2018.