US defence industry firm BAE Systems has been contracted by Boeing to support the company’s effort to develop low-rate initial production (LRIP) variants of a new defensive electronic warfare (EW) suite for the US Air Force’s fleet of F-15 jet fighters. 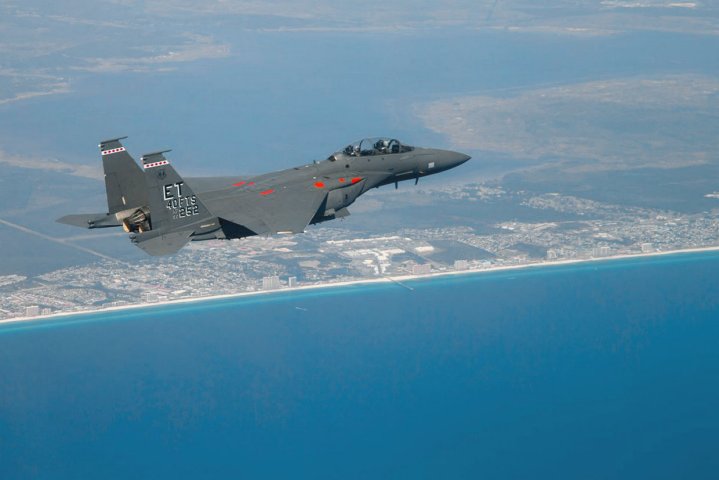 Designed to allow air force pilots to monitor, jam, and evade EW threats through a digital suite of countermeasure systems, multispectral sensor platforms, and integrated radar – linked by artificial intelligence (AI)-enabled microelectronic signal processing algorithms – the EPAWSS “will significantly improve the survivability and utility of the F-15, and will be a great complement to what is already a very capable and lethal aircraft”, said Lieutenant Colonel Dan Carroll, the F-15 EPAWSS programme manager.

The announcement of the 2 March deal with BAE Systems comes just over three months after Boeing secured the LRIP production deal with the air force for EPAWSS, which will replace the legacy Tactical Electronic Warfare Suite (TEWS) currently deployed aboard the air service’s fleet of F-15E Strike Eagles.

US defence industry firm BAE Systems has been contracted by Boeing to support the company’s effort t...