The US Army is on the hunt for a new 155 mm wheeled gun system and BAE Systems has submitted its Archer howitzer design, which is currently fielded by the Swedish Army.

Company representatives fielded reporters’ questions about their bid on 19 October and said they have not made significant changes to the fielded Archer system – a 52-calibre howitzer on a Volvo A30 6×6 articulated hauler. By not changing the chassis, BAE Systems can provide the army with a rigorously tested system that can be rapidly fielded, said Director of Business Development Chris King. He also noted that the weapon can be loaded onto a C-17 Globemaster but not easily deployed on a C-130 Hercules.

“The army has to decide what it wants,” King added. “If it wants a 52-calibre system that can go on wheels and keep up with Stryker brigades, then it’s going to be very hard to find something like that that’s going to fit inside a C-130. It could be possible but there would be other tradeoffs like protection if it has to be a lighter weight system.” 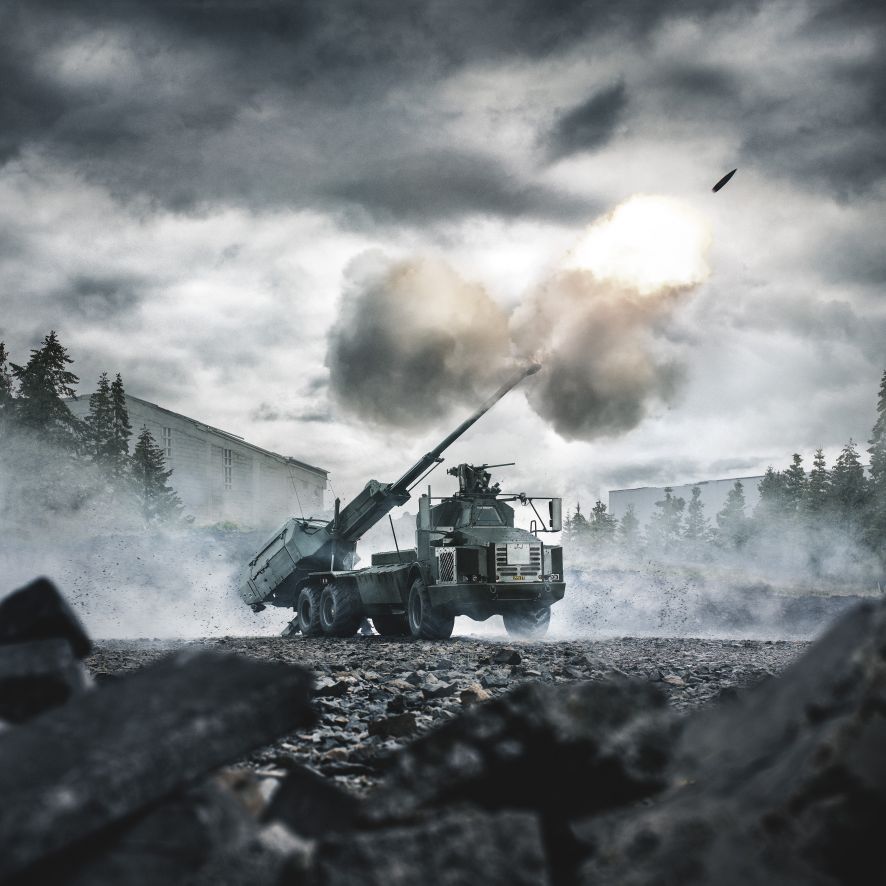 BAE Systems is offering up its Archer mobile howitzer for a new US Army competition. (BAE Systems )

Archer can fire the BONUS anti-armour munition up to 35 km, conventional munitions up to 40 km, and precision-guided munitions like the M982 Excalibur more than 50 km, and includes a 21-round magazine.

“[Soldiers] can receive a call [while driving], stop on the pavement or the road [and] within 30 seconds be ready to fire and then fire 8 rounds per min,” said Programme Manager Henrik Knape. “Then [soldiers] can get out of the position in less than 30 seconds again and be 500 m away within 45 seconds.”