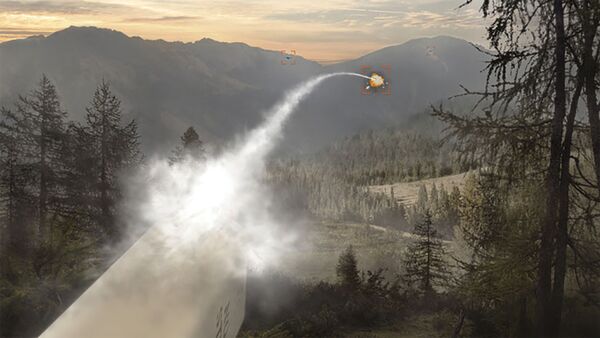 In a company-funded event conducted at the US Army's Yuma Proving Ground in Arizona in June, APKWS II rockets fired from a remote weapon station (RWS)-mounted four-cell rocket launcher defeated undisclosed Class 2 UAS systems in a series of precision strike tests. “BAE Systems conducted test fires and engineering tests to develop a capable system for US armed forces and allies,” the company said in a release.

APKWS is a design conversion, which equips the Hydra 70 unguided rocket (or other 70 mm/2.75-inch unguided rockets) with a laser guidance kit to turn it into precision-guided munition. The APKWS II uses BAE Systems' Distributed Aperture Semi-Active Laser Seeker mid-body modular guidance section, in which a laser seeker is located in the leading edge of each of the deployed forward control canards, working in unison as a single seeker. This configuration provides a 40° instantaneous forward-looking field of regard, and allows existing warheads from the Hydra 70 system to be used without the need for a laser seeker in the nose of the missile. The canards are embedded in the body of APKWS II, and deploy once the munition has been fired.