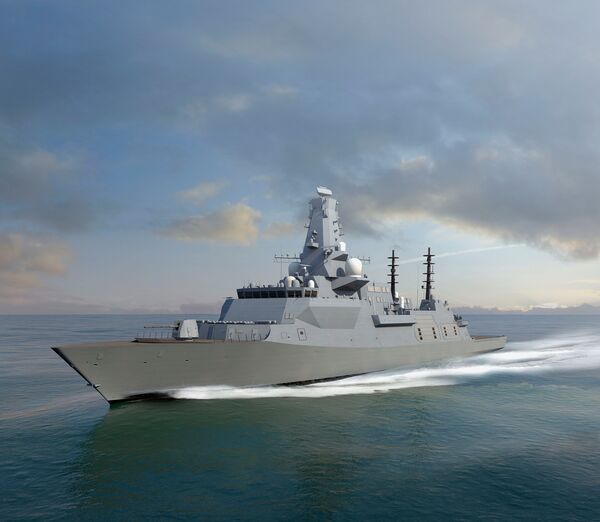 Belfast is being built under a GBP3.7 billion (USD4.6 billion) contract awarded to BAE Systems in June 2017 for the first three of a planned class of eight ships. A contract for the second batch of five ships is expected in the early 2020s, with ship deliveries projected to run through to the mid-2030s.

According to BAE Systems, work on the first two ships is progressing well. First-of-class Glasgow , which started production in July 2017, was rolled out of the build hall for the first time in recent weeks. Meanwhile, about 40% of the units for second-in-class Cardiff, which started manufacture in August 2019, are in build, the shipyard said.

Displacing around 8,000 tonnes fully loaded, the City class has an overall length of 149.9 m, a top speed of 28 kt, and range of 7,000 n miles at 15 kt. The news ships are intended to replace the RN's eight anti-submarine warfare (ASW)-configured Type 23 frigates. As such, the ship has been designed from the outset as an ASW-specialist platform, with an emphasis on reducing acoustic signatures, while also being capable of contributing to a wide range of other missions.