The US Army has selected at least two companies to compete in its upcoming 155 mm mobile howitzer shoot off against at Yuma Proving Ground, Arizona, early next year.

BAE Systems told Janes on 17 December that it was under contract to demo its Archer howitzer design for the army, while Elbit Systems announced that its 8×8 Autonomous Truck Mounted Ordnance System (ATMOS) Iron Sabre would also compete.

“We are confident that the Archer, [which is] highly mature and in service with the Swedish Army, will demonstrate its superiority at providing rapid, highly effective, and sustained fire support for troops in combat,” BAE Systems wrote in an email. “The Archer’s automated design, armored cabin, fast shoot and scoot times, and extended range enhance its survivability on the battlefield.”

In October BAE Systems officials said they have not made significant changes to the fielded Archer system: a 52-calibre howitzer on a Volvo A30 6×6 articulated hauler. Archer can fire the BONUS anti-armour munition up to 35 km, conventional munitions up to 40 km, and precision-guided munitions like the M982 Excalibur more than 50 km. The system also includes a 21-round magazine.

The weapon weighs 33,000 kg, is 3 m wide, 3.4 m high, and 13.1 m long, and typically takes three to four soldiers to operate the system, although the company noted that crew size could be reduced.

“[Soldiers] can receive a call [while driving], stop on the pavement or the road, [and] within 30 seconds be ready to fire and then fire eight rounds per minute,” said programme manager Henrik Knape. “Then [soldiers] can get out of the position in less than 30 seconds again and be 500 m away within 45 seconds.” 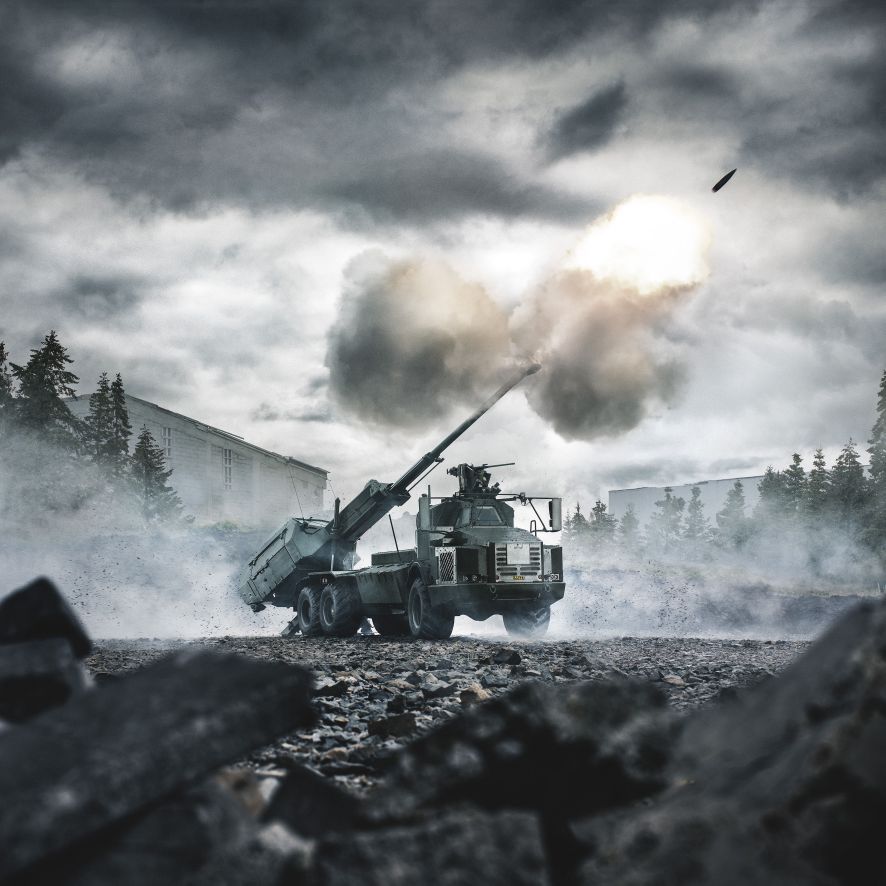