Next article
Ukraine partners Thailand on production of BTR-3KSH AFV

The Australian Army has trialled a 6×6 unmanned ground vehicle (UGV) called the Mission Adaptable Platform System (MAPS) mule during the latest edition of the biennial ‘Talisman Sabre 2019’ (‘TS19’), which was held in Shoalwater Bay Training Area, Queensland, and concluded on 27 July.

The MAPS UGV was employed by army units including the 9th Force Support Battalion (9FSB) and 2nd General Health Battalion (2GHB) to test and validate new operational concepts, according to an announcement by the Australian Department of Defence (DoD). 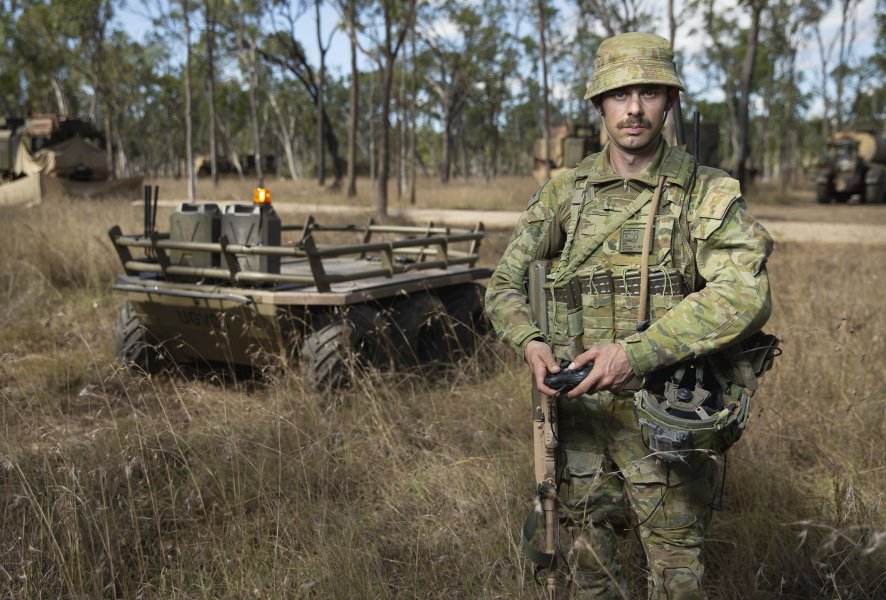 The baseline MAPS – formerly designated the DSV Modular Mule – is a semi-autonomous multirole UGV developed by Australian company Praesidium Global, measuring 2.33 m long, 1.86 m wide, and 0.98 m tall. The 950 kg, electrically powered vehicle can achieve a top speed of up to 8 km/h depending on the terrain and can carry a payload in excess of 500 kg. A 48 V DC battery rated at 200aH provides a run-time of up to 6 hours.

“Coming up with how we were going to incorporate them into our daily routine was hard initially, but the more we used it, the more we found ways to integrate it,” 9FSB workshop platoon commander Lieutenant Patrick Mueller noted in the DoD report, noting that missions undertaken by the UGV included food and water replenishment and equipment transport. Other resupply tasks for expendables such as ammunition and field stores – such as electrical wiring and sandbags – were also explored.

Australian firm Cyborg Dynamics has taken the opportunity at the Land Forces 2021 exhibition being h...

After being rebuffed by the US Congress in efforts to shift large-scale funding for greater developm...
Request Consultation