Australian Army to retire Taipans in favour of Black Hawks 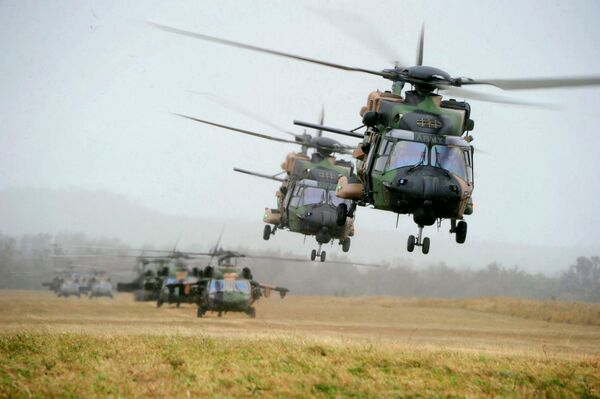 The Australian Army is to prematurely retire its fleet of NHIndustries NH90 (MRH-90 Taipan in national service) transport and assault helicopters in favour of the Sikorsky UH-60M Black Hawk.

The announcement on 10 December by Defence Minister Peter Dutton will see the Australian Defence Force (ADF) replace its 41 Taipans with up to 40 Black Hawks.

“The performance of the MRH-90 Taipan has been an ongoing and well-documented concern for [the Department of] Defence, and there has been a significant effort at great expense to try to remediate those issues,” Dutton said.

The Department of Defence (DoD) said, “The MRH-90 helicopter fleet has not met contracted availability requirements nor the expected cost of ownership ahead of its planned withdrawal from service in 2037. To support the development of detailed options, the Australian government has requested information from the United States government on the UH-60M Black Hawk as an alternative platform to the MRH-90 Taipan. The options will still be subject to government consideration once all the relevant information is available.”

Dutton did not disclose a specific timeline for the switch, and neither did he provide budgetary details. However, he said, “I'm hoping over the next couple of years we will have the new Black Hawk in service.” He also noted that retiring the Taipans ahead of their planned 2037 out-of-service date will save the DoD AUD500 million (USD357 million) because of the Black Hawk's cheaper operating costs.

The Australian Army is to prematurely retire its fleet of NHIndustries NH90 (MRH-90 Taipan in nation...