Australia is to field a new modified Gulfstream G550 business jet known as the MC-55A Peregrine, the Department of Defence (DoD) disclosed. 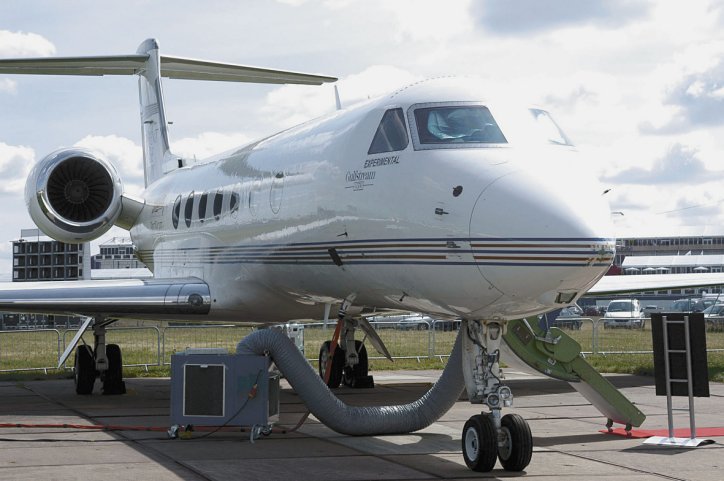 The baseline G550 business jet is to be converted into the special mission MC-55A Peregrine for the Royal Australian Air Force. According to previous contract announcements, the work will be done by L3 Communications Mission Integration in Texas. (IHS Markit/Patrick Allen)

The Peregrine is a new airborne electronic warfare capability that will be integrated into [the DoD’s] joint warfighting networks, providing a critical link between platforms, including the [Lockheed Martin] F-35A [Lightning II] Joint Strike Fighter, [Boeing] E-7A Wedgetail, [Boeing] EA-18G Growler, [as well as the] navy’s surface combatants and amphibious assault ships and ground assets to support the warfighter,” Pyne said.

The DoD’s disclosure came some three years after Jane’s first reported that the US DoD had contracted L3 Communications Mission Integration to procure and maintain a G550 aircraft for Australia at its Greenville facility in Texas, and two years after the US DoD approved the sale to Australia of up to five G550 aircraft fitted with intelligence, surveillance, and reconnaissance (ISR), and electronic warfare (EW) mission systems, with integration work to be carried out by L3. In June 2018 Jane’s revealed that the US DoD had contracted the first two ‘green’ Gulfstream G550 business-jet aircraft to be converted into special mission platforms for an undisclosed Foreign Military Sales (FMS) customer, most likely Australia.

Australia is to field a new modified Gulfstream G550 business jet known as the MC-55A Peregrine, the...