The Royal Australian Navy (RAN) is preparing to decommission an Armidale-class patrol vessel. 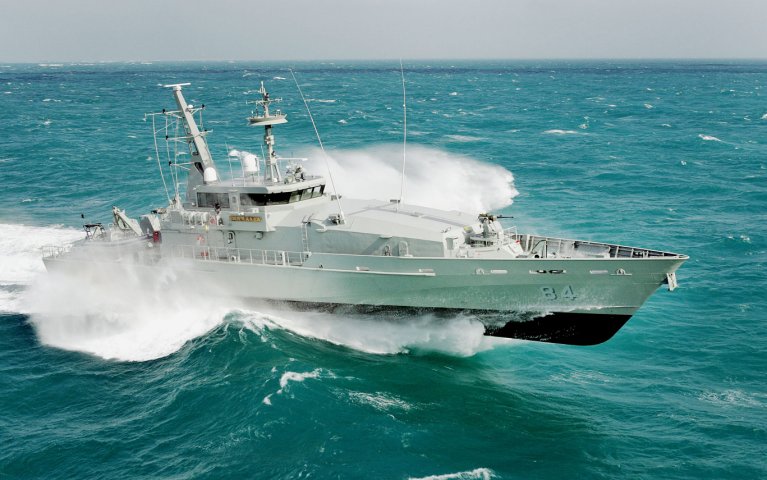 The boat, HMAS Pirie , will be decommissioned at Darwin on 26 March after 14 years of service. Its departure from its homeport of HMAS Morenton, Brisbane was announced by the RAN on 14 March.

Australia commissioned its first Armidale-class boat, HMAS Armidale in June 2005 and inducted the final vessel in the class, HMAS Glenelg , in February 2008. Pirie is the fifth-in-class, and it was commissioned in July 2006.

The Armidale class was originally 14-strong, but one of the vessels, Bundaberg , was destroyed in a major fire in 2014. The 57 m, 305-tonne aluminium-hulled boats are constructed by Austal Ships to Det Norske Veritas standards for high-speed craft and can take on operations up to Sea State 5.

The Armidale-class boats will progressively be retired to make way for the Arafura-class offshore patrol vessels (OPVs), the first of which is scheduled for handover to the RAN in late-2021.

The Royal Australian Navy (RAN) is preparing to decommission an Armidale-class patrol vessel.