Australia to acquire 251 RWSs for Bushmaster and Hawkei vehicles

The Australian government announced on 2 July that it will acquire 251 remote weapon stations (RWSs) for fitment on to Australian Army 4×4 Bushmaster and Hawkei protected mobility vehicles.

Prime Minister Scott Morrison said in a statement that the RWSs, which allow a gunner to operate a weaponised system from a protected position, will be procured from Australian company Electro Optic Systems (EOS), but did not reveal the exact model or number of RWSs to acquired. 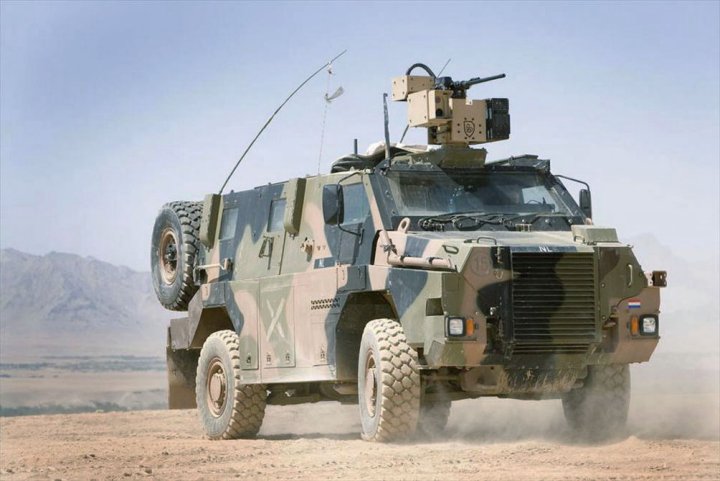 Morrison said the planned acquisition is part of the AUD270 billion (USD186.8 billion) capability upgrade for the Australian Defence Force (ADF) under the new 2020 Force Structure Plan that was announced on 1 July.

“The federal government is committed to ensuring Australian Defence Force personnel have the tools they need to protect themselves and keep Australians safe,” said the prime minister.

“At the same time we must have a robust and resilient defence industry that maximises opportunities for small businesses and supports Australian jobs and local investment,” he added.

Defence Minister Linda Reynolds pointed out that investments such as the procurement of additional RWSs “will make the ADF more capable for the wide range of potential scenarios and threats Australia will face in the future”.

The Australian government announced on 2 July that it will acquire 251 remote weapon stations (RWSs)...