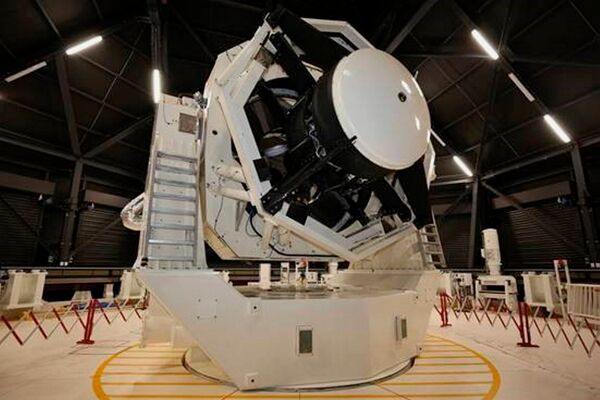 The Space Surveillance Telescope at the joint Australian-US space facility at Exmouth on Western Australia‘s Coral Coast. (Commonwealth of Australia )

Dutton also announced the release of Australia's ‘Defence Space Strategy' that will be “guiding the efforts and priorities” of the defence space command.

While acknowledging that the new command would initially be modest compared with similar, well-established bodies operated by Australia's allies, Dutton stated that the Australian government is “looking forward” to focus efforts in advancing and expanding the command's capabilities.

“It's a necessary endeavour with a view to protecting our national interests and our need for a space force in the future,” Dutton said.

The new entity, whose proposed establishment was announced in May 2021, comprises personnel from the three services of the Australian Defence Force (ADF), Department of Defence (DoD) personnel, and industry contractors.

The command will be working alongside the Australian Space Agency (ASA) that is part of the Department of Industry, Science, Energy and Resources; industry partners; and research and scientific institutions. It is being headed by Air Vice-Marshal Cath Roberts, a former head of the Aerospace System Division and of the Air Force Capability.

Dutton said the government's objective is to invest in new military space capabilities to counter threats; assure continued access to space-based intelligence, surveillance, and reconnaissance (ISR); and to uphold the free use of space.