Australia signs for Huntsman AS9 artillery 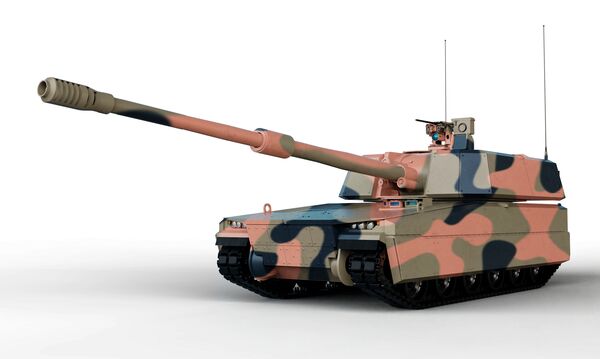 The contract with HDA, a subsidiary of South Korea's Hanwha Group, was witnessed by Morrison and South Korean President Moon Jae-in in Canberra. The deal also includes an undisclosed number of weapon-locating radars.

Australian Defence Minister Peter Dutton said the procurement – under Project Land 8116 Phase 1 – would mean “a significant increase in the level of firepower and security for Australian artillery capability”.

The agreement represents the first major defence acquisition by Australia from a regional defence prime contractor. HDA was selected as the preferred supplier in September 2020.

Construction of a facility at Geelong, southwest of Melbourne to produce the vehicles – collectively known as Huntsman – will begin in the second quarter of 2022, HDA said. Production of the vehicles, which are based on Hanwha's K9 SPH, will start in the fourth quarter of 2024.

HDA managing director Richard Cho said, “With Australia's close proximity to the Republic of Korea and the strong bilateral relationship between the two countries, Hanwha's Australian facility will also become a critical and important secondary line of supply back to South Korea.”

Excluding South Korea, Australia will be the seventh country to purchase the K9 following Estonia, Finland, India, Norway, Poland, and Turkey. The AS9 is based on Norway's K9 VIDAR variant but with additional armour and improved suspension.