Speaking in Paris on 16 June after separate meetings with Naval Group and French President Emmanuel Macron, Morrison said the deadline for Naval Group is “to convince the government it can progress with the project to build Australia's new submarine fleet”. 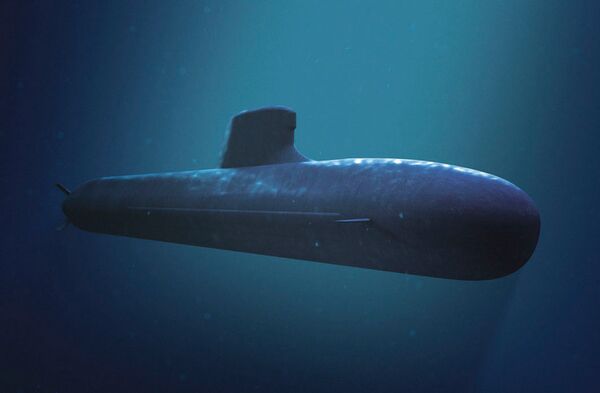 An artist‘s impression of a future Attack-class submarine for the RAN. (Commonwealth of Australia)

“I leave [France] knowing we have properly raised the challenges that we need to address,” added the prime minister.

The latest issue with the troubled programme involves contractual wrangling between Naval Group and Australia's Department of Defence (DoD) over the anticipated cost of work officially known as ‘Core Workstate 2'.

This involves basic design activities leading on from the initial submarine design contract signed in March 2019 through to the preliminary design review scheduled for May 2023. The scheduled work will provide detailed architecture for the hull structure and internal systems of the proposed 12 4,500-tonne Attack-class submarines.

According to informed sources, ‘Core Workstate 2' costings first submitted by Naval Group were at least 50% higher than the DoD's estimate of AUD2.5–3 billion. Lower figures submitted in February 2021 are still under discussion.

The DoD's General Manager Submarines, Greg Sammut, told a parliamentary committee on 1 June, “We want to make sure the offer is compliant and fully acceptable …. we have some more work to do with Naval Group to make sure it's fully compliant,” adding that he hopes the new contract will be signed before the end of September..