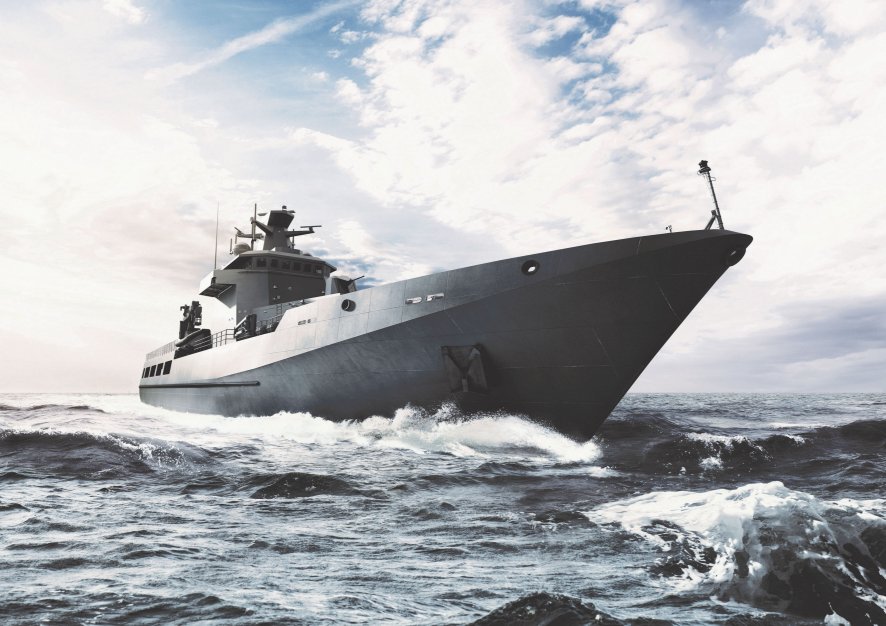 A computer-generated visualisation of the Arafura class, which is being built under Australia’s Sea 1180 Phase 1 programme. (Lürssen Australia/ASC)

The systems are based on fibre-optic gyroscope technology, said the company in a statement on 25 August.

However, the company has stopped short of revealing further details on the systems that it would be supplying for the OPVs. iXblue has a range of four series of inertial navigation and gyrocompass products, one of which has been described as one with “military strategic grade”.

The product, which is referred to by the company as the Marins Series, features stealth autonomous navigation capabilities, and can be integrated with major combat managements systems on the market today.

Australia’s Arafura-class OPVs were procured under the country’s SEA1180 Phase 1 programme, which seeks to replace the Armidale- and Cape-class patrol boats. An AUD3.6 billion (USD2.6 billion) contract for the new OPVs was signed in late January 2018 with German shipbuilder Lürssen.

The OPV has a standard displacement of 1,640 tonnes, an overall length of 80 m, an overall beam of 13 m, and a hull draught of 4 m. It has a crew complement of 40 and can offer accommodation for up to 60 personnel.

A computer-generated visualisation of the Arafura class, which is being built under Australia’s Se...

Australia’s Department of Defence has selected an integrated communications system from Rohde & Schw...

The Royal Australian Navy’s (RAN’s) eight Anzac-class frigates are, about 16 to 21 years after commi...

Australia’s Department of Defence (DoD) has requested expressions of interest (EoIs) for the constru...