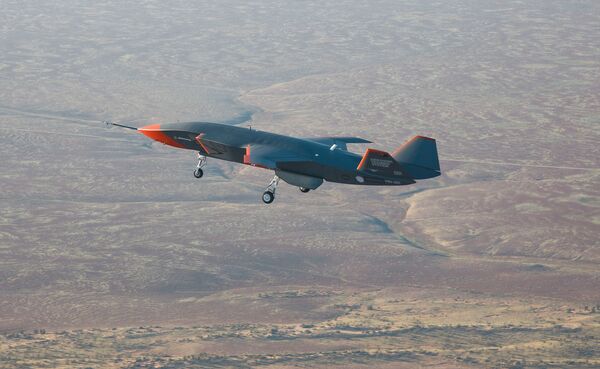 The first Boeing Loyal Wingman prototype (shown here) made its maiden flight on 27 February 2021, while the second one flew in early November. Boeing Australia is currently building the fifth such aircraft. (Commonwealth of Australia, Department of Defence)

Boeing Australia is progressing the development of the Airpower Teaming System (ATS), also known as the ‘Loyal Wingman' unmanned aerial vehicle (UAV), it is developing in partnership with the Royal Australian Air Force (RAAF), with two prototypes currently conducting flight test missions and a fifth one under production.

“We're in a steady rhythm of flight testing that will continue throughout the year on the way to mission and operational testing, enabling Boeing Australia, [the] RAAF and our Australian industry team of more than 35 companies to progressively advance the flight characteristics and capabilities of the uncrewed teaming system,” said Ferguson.

Data gathered during the test flights will be used to inform and refine the ‘digital twin' of the Loyal Wingman to accelerate aircraft development, noted the RAAF. The first Loyal Wingman prototype is also serving as the foundation for other Boeing unmanned platform activities.

Boeing Australia is progressing the development of the Airpower Teaming System (ATS), also known as ...