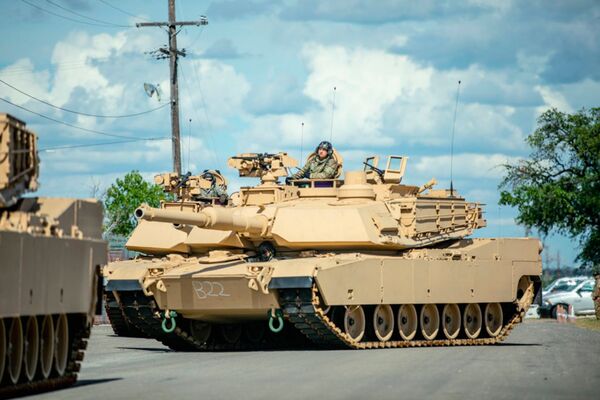 Australia has ordered M1A2 Abrams MBTs (similar to this one in US Army service) from the US government. (US Army)

The vehicles are expected to reach Australia from 2024, said Dutton. He added that land systems are expected to achieve initial operational capability by 2025. The procurements fulfil Australian Army requirements under Land 907 Phase 2 and Land 8160 Phase 1.

“Teamed with the infantry fighting vehicle, combat engineering vehicles, and self-propelled howitzers, the new Abrams will give our soldiers the best possibility of success and protection from harm,” said Dutton.

“The M1A2 Abrams will incorporate the latest developments in Australian sovereign defence capabilities, including command, control, communications, computers, and intelligence systems, and benefit from the intended manufacture of tank ammunition in Australia,” he added.

The US government announced in April 2021 the plan to supply the vehicles to Australia. The US Defense Security Cooperation Agency (DSCA) said at the time that the M1A2 MBTs will replace the Australian Army's fleet of M1A1 SA tanks, with no changes to the force structure of the Royal Australian Armoured Corps.