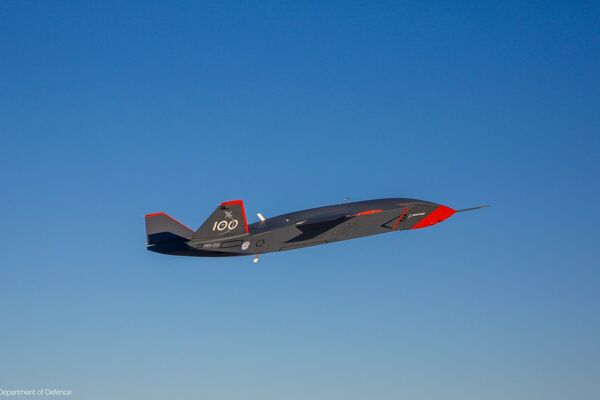 Australian officials said that the unmanned combat aerial vehicle (UCAV) has successfully completed its test flights. It was officially named at a ceremony at RAAF Base Amberley on 21 March.

The Australian Minister for Defence, Peter Dutton, said that the MQ-28A is the first Australian-built aircraft in nearly 50 years. The aircraft was designed, manufactured, and flown in partnership with Boeing.

He added that the new capability will allow the Royal Australian Air Force (RAAF) to introduce “more mass” into the battlespace. “An adversarial aircraft would not only have to contend with our crewed capability, but also numbers of uncrewed aircraft such as the MQ-28A Ghost Bat,” Dutton added.

The MQ-28A has completed three test flights to date and has a range of 3,700 km. Australia said it has invested more than AUD150 million (USD111.17 million) since 2017 to support the joint venture between the RAAF and Boeing Defence Australia.

Australian officials said in a press statement that the project will generate advanced manufacturing opportunities throughout Queensland and across Australia as production ramps up in coming years.

“More than 35 Australian companies have contributed to the MQ-28A Ghost Bat programme, with future aircraft to be produced in Toowoomba,” Dutton said.