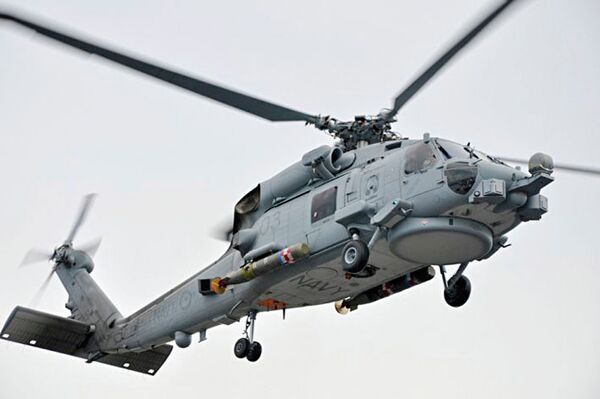 “As a precaution, we have temporarily paused flying operations of the MH-60R Seahawk fleet,” the rear admiral added.

The DoD is also reviewing the effect of the incident on Brisbane 's and Warramunga 's current deployment.

The Royal Australian Navy (RAN) has lost one of its MH-60R Seahawk helicopters in a mishap over the ...