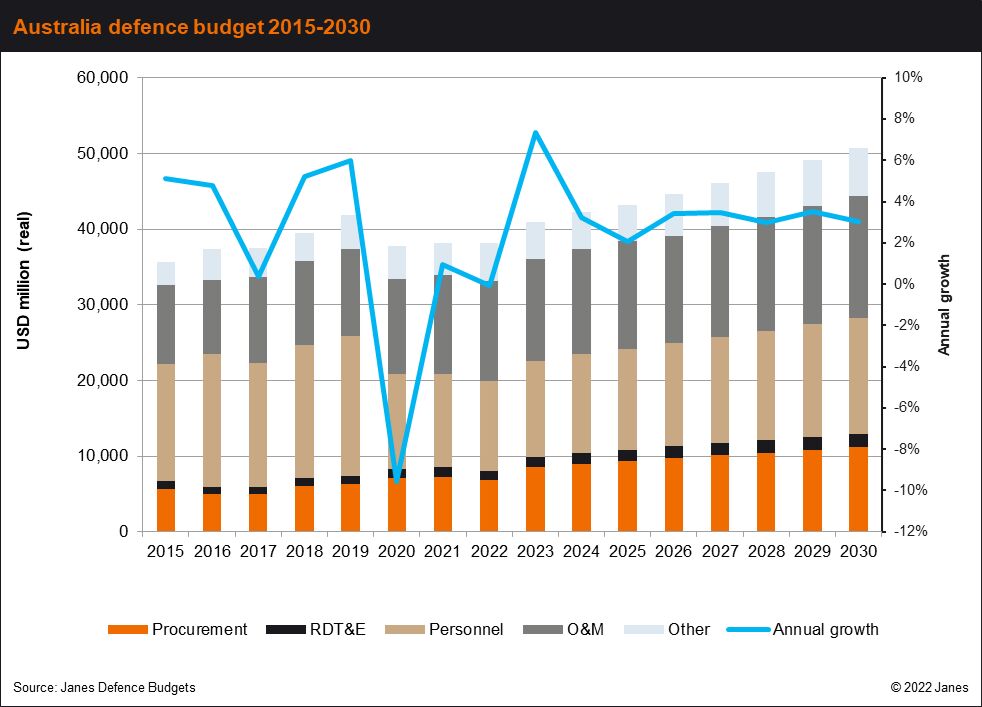 Australia has announced a sweeping defence strategic review that will urgently examine the posture, preparedness, and structure of the country's military and spending on new weapons and equipment from 2023–24 to 2032–33 and beyond.

Announcing the review on 3 August, Prime Minister Anthony Albanese said it would be headed by “independent leads” comprising Air Chief Marshal (retd) Angus Houston, defence force chief from 2005 to 2011, and Stephen Smith, defence minister from 2010 to 2013.

The review will be informed by intelligence and strategic assessments, and input will be drawn from internal and external experts, consultations with senior personnel, and submissions from interested parties, said Albanese.

Although recommendations are to be delivered to the government no later than March 2023, Albanese and Defence Minister Richard Marles have requested an interim report as soon as the independent leads have completed their initial analysis.

While the review's terms of reference do not mention China, they state that the world is undergoing “significant strategic realignment”.

“Military modernisation, technological disruption, and the risk of state-on-state conflict are complicating Australia's strategic circumstances,” the terms of reference state. “These strategic changes demand [that] the Australian government reassess the capabilities and posture of the Australian Defence Force (ADF) and broader Department of Defence.”

As set out in these terms, the review must outline future strategic challenges that may require an ADF operational response; assess the ADF's structure, posture, and preparedness; and identify and prioritise the estate, infrastructure, disposition, logistics, and security investments necessary to provide Australia with the defence force structure required by 2032–33.

Australia has announced a sweeping defence strategic review that will urgently examine the posture, ...