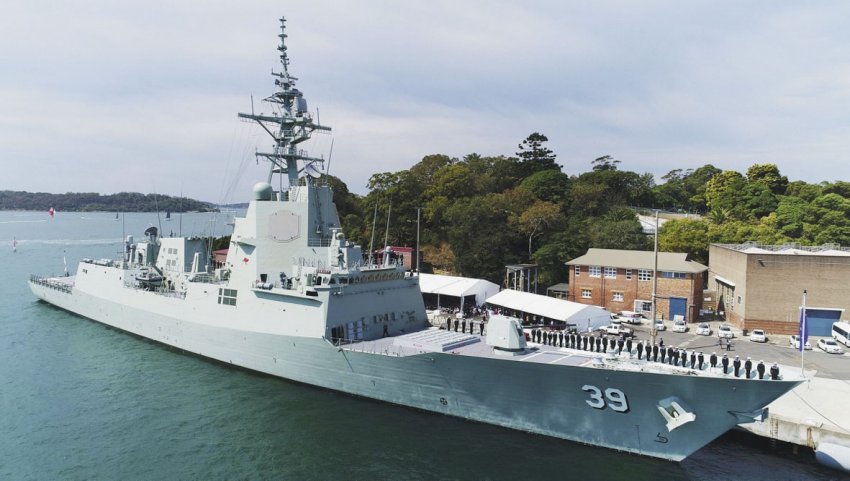 The RAN commissioned its first Hobart-class guided missile destroyer in 2017. The ship’s Aegis combat system has since been upgraded by Lockheed Martin. (Commonwealth of Australia)

The works, which were carried out between May and June 2020, involved various components of the system on HMAS Hobart and HMAS Brisbane, including the ships’ SPY-1D(V) radar and Aegis computer program, said Lockheed Martin Australia in a statement on 30 June.

It marks the first time that the Lockheed Martin has planned and executed an upgrade to Aegis-equipped ships outside the US, said the company. “This period has demonstrated Australian sovereign sustainment of the Aegis weapon system in the absence of planned US onsite support due to Covid-19 restrictions”, it added.

The RAN operates a fleet of three Hobart-class AWDs, the last of which was commissioned in May 2020. The warship is derived from Navantia’s F-100 Alvaro de Bazan-class frigate design.

A computer-generated visualisation of the Arafura class, which is being built under Australia’s Se...

Australia’s Department of Defence has selected an integrated communications system from Rohde & Schw...