The Australian Defence Force (ADF) is “utterly focused” on developing the special forces role of the NHIndustries NH90 (MRH90 in national service) transport and assault helicopter, according to a senior official. 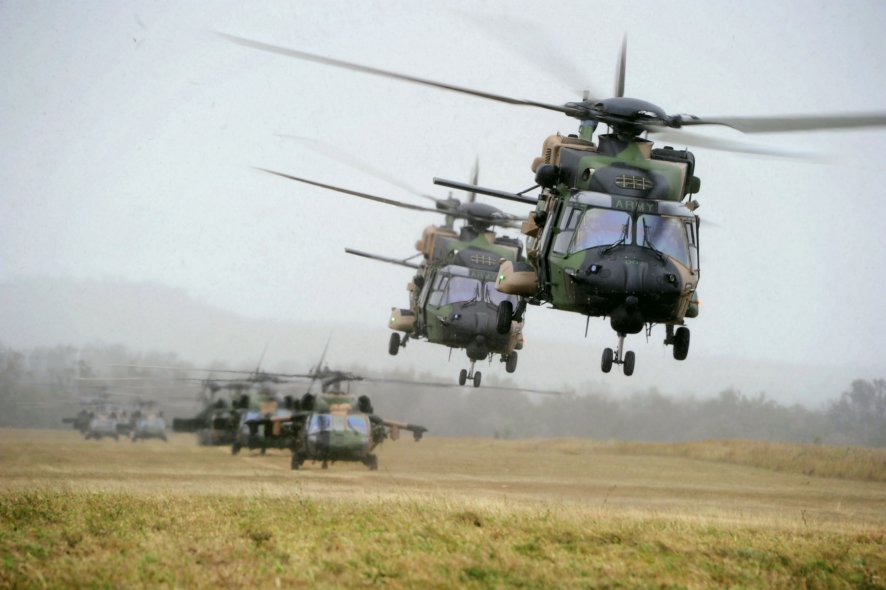 Australia will transition its special forces helicopter capability from the Black Hawk (background) to the MRH90 (foreground) by the end of November 2021. (Australian DoD)

Speaking at the IQPC International Military Helicopter conference held from 5–7 February in London, Brigadier General Jeremy King, acting head Helicopter Systems Division at the Australian Department of Defence (DoD) said the ADF had begun the process of cross-decking the special operations forces (SOF) role from the Sikorsky S-70A Black Hawk to the MRH90.

“The first two MRH90s were delivered to the special forces regiment on [1 February], at which time two Black Hawks were withdrawn. The focus now is utterly on developing the MRH90’s counter-terrorist and offshore SOF capability,” the general said, adding that the process of replacing the 20 Black Hawks should be complete by the end of November 2021, when the platform will have been phased out of ADF service.

The standing up of the MRH90’s SOF capabilities is part of a wider enhancement of Australia’s special operations helicopter forces. In September 2018 the DoD issued a request for information (RFI) for a small SOF helicopter that can be transported aboard Boeing C-17 Globemaster III strategic transport aircraft for rapid forward deployment. As noted by the DoD, the helicopter should be a commercial or military off-the-shelf design fitted with a simple but proven intelligence, surveillance, and reconnaissance (ISR) equipment package.

The Australian Defence Force (ADF) is “utterly focused” on developing the special forces role of the...