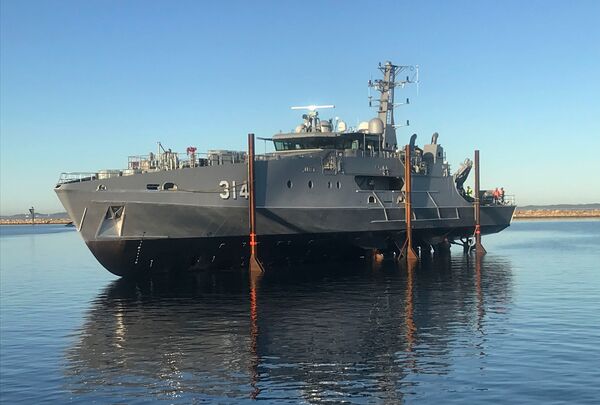 The vessel was launched at the company's shipyard in Henderson, Western Australia on 22 September, the Australian Department of Defence (DoD) disclosed on 19 October. The vessel has been given the pennant number 314.

Austal has signed an AUD350 million (USD262 million) contract with the DoD for six 58 m vessels. The new vessels have been described as an enhanced variant of the Cape-class offshore patrol vessels (OPVs) that are in service with the Australian Border Force and the RAN.

The keel for the first vessel was laid down in mid-2020. Improvements that have been incorporated in the vessel's design include a larger crew complement of 32 instead of 22, and habitability enhancements.

The monohull vessel can attain a top speed of 26 kt and a range of up to 4,000 nautical miles. With a crew of 22, it has an endurance of 28 days. The vessel can operate up to Sea State 4.

The ‘evolved' Cape-class vessels will progressively replace the RAN's Armidale-class patrol boats that came into service between 2005 and 2008 and be deployed as interim patrol platforms as the RAN transitions to the new Arafura-class OPVs.

In its own announcement via a social media channel, Austal indicated that the first-of-class is scheduled for handover in early 2022. The company also disclosed that it has begun work on the remaining five vessels in the contract.