The US Army has pushed back a soldier experiment with two ground robot prototypes until 2022 and is detailing plans to integrate autonomy software into the platforms and test out both variants prior to the event.

Leading up to this year’s virtual Association of the US Army’s (AUSA’s) Global Force conference, Janes spoke with Major General Ross Coffman, the director of the Next-Generation Combat Vehicle Cross-Functional Team, about progress with the robotic combat vehicle – light (RCV-L) and medium (RCV-M), while Alfred Grein, the acting director for Ground Combat Systems, provided additional details during a panel discussion on 16 March.

Although the service had planned to conduct a soldier operational experiment with both variants this year, it moved it back until June–August 2022. The event at Fort Hood, Texas, will still be at the company level with plans to test out 18 vehicles — four RCV-Ls, four RCV-Ms, four surrogate RCV-heavies (RCV-H) that are modified M-1113s, and six modified Bradleys that are called Mission Enabler Technologies-Demonstrators (MET-Ds).

“All of that will be operated simultaneously,” Grein said.

In preparation for the event, QinetiQ North America and Pratt Miller (now acquired by Oshkosh Defense) have delivered four RCV-L prototypes to the service and the army has integrated government-development autonomy software onto these vehicles. In February, the service then conducted functional checks on the vehicles and paired them with the MET-D to begin “full system” manned-unmanned teaming work, Grein said.

The RCV-L is based on a variant of the Expeditionary Modular Autonomous Vehicle (EMAV). This tracked, diesel-electric hybrid vehicle can carry a maximum payload of 7,000 lbs, travel up to 40 mph, and is outfitted with Kongsberg Defence & Aerospace’s Common Remotely Operated Weapon Stations - Javelin (CROWS-J) weapon station. 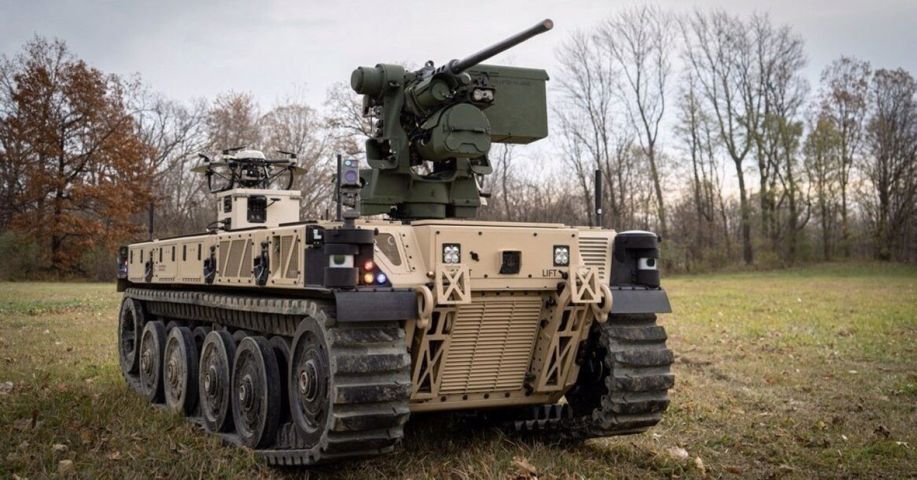