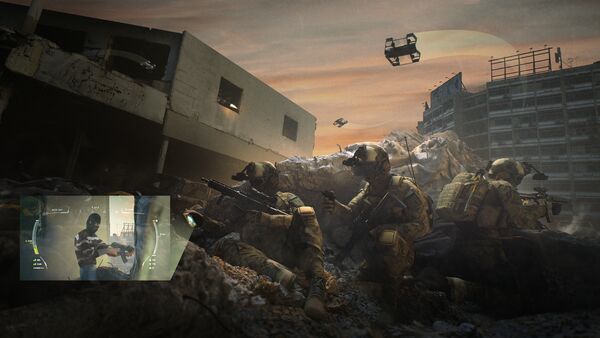 The contract, announced on 10 October during the Association of the United States Army conference in Washington, DC, held from 10 to 12 October, covers “hundreds” of UAS that are to be delivered by 2023, company officials told Janes.

XTEND is to provide kits that include three XTENDER UASs with modular payloads, a ground-control system, and a single-handed controller. The first kit is to be delivered during the week commencing 17 October, said Robert Peters, XTEND's general manager for the US.

The initial payload – about 1.5 lb – is to be an intelligence, surveillance, target acquisition, and reconnaissance (ISTAR) sensor, and other payloads are to be developed for a second phase scheduled to begin in boreal spring (March, April, May) of 2023, but Peters declined to detail those payloads due to customer sensitivities.

One XTENDER UAS weighs just under 3 lb, he said.

The UASs can be flown via the controller and a Toughbook laptop or tablet, or virtual reality goggles, but the main element is their autonomy and ability to be task controlled.

Instead of flying by waypoints, a user assigns the UASs tasks. The system can recognise doors or windows, for example, and a user can select a specific window for the UAS to enter a structure, and then survey a room. One user can operate up to three UASs simultaneously in this fashion.