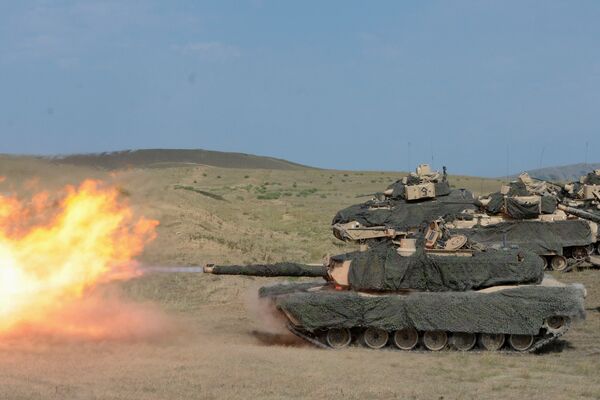 The US Army is re-organising its manoeuvre units to focus on the division level as its main deployable asset, and will trial a new structure for the 1st Cavalry Division as a pilot effort, with a full operational capability for that unit scheduled for mid- to late-2023, army officials told Janes .

This effort is part of the army's wider planning for multidomain operations (MDO): its term for large-scale conflict across air, land, sea, space, and cyberspace. For about a century, the service was organised around divisions as the main deployable asset, but around 2004 began structuring around purpose-built brigades instead – partly to meet significant deployment requirements to Iraq and Afghanistan and partly to align for counterinsurgency roles (which often focused on wide-area security rather than manoeuvres and engagements).

Now the brigade-based structure makes less sense when viewed against rivals such as Russia and China. “You can't confront the threat array that you have with the structures that were really optimised for 2005 to the late twenty-teens, for a wide-area security force,” Major General Patrick Donahoe, commanding general of the army's Maneuver Center of Excellence, told Janes at the annual Association of the United States Army (AUSA) conference.

In re-establishing the division as the key asset, the concept is to provide division commanders with the force structure to fight more effectively, and a crucial element of this will be giving back to divisions reconnaissance and security troops – typically cavalry.

The US Army is re-organising its manoeuvre units to focus on the division level as its main deployab...