AUSA 2020: Army details reasons for not bidding on OMFV

Too many open-ended questions plagued the US Army when it weighed whether to compete in its own M2 Bradley replacement competition, according to service acquisition chief Bruce Jette. However, the army’s decision to abandon such a bid means it can now pitch various technologies to companies looking to compete.

Jette spoke with Janes during this year’s virtual Association of the US Army (AUSA) conference about a plethora of ongoing programmes and studies, including the service’s recent decision not to form a team and bid on its own Optionally Manned Fighting Vehicle (OMFV) competition.

“When the question first came up, the desire was to leave the door open to see whether or not we could make a better assessment of whether it would make sense to go down that path,” Jette said on 14 October in reference to language inside a mid-July draft request for proposal (RFP) that was rescinded in September.

Between the time the draft RFP was released and the time that the army began receiving comments back, he explained that the service took a “hard look” at what the detailed implications of what it would mean if it went down that path of developing its own OMFV.

”We wanted to make sure there was never any conflict of interest and we were having difficulty trying to figure out how in fact to ensure that that wasn’t the case,” Jette said. 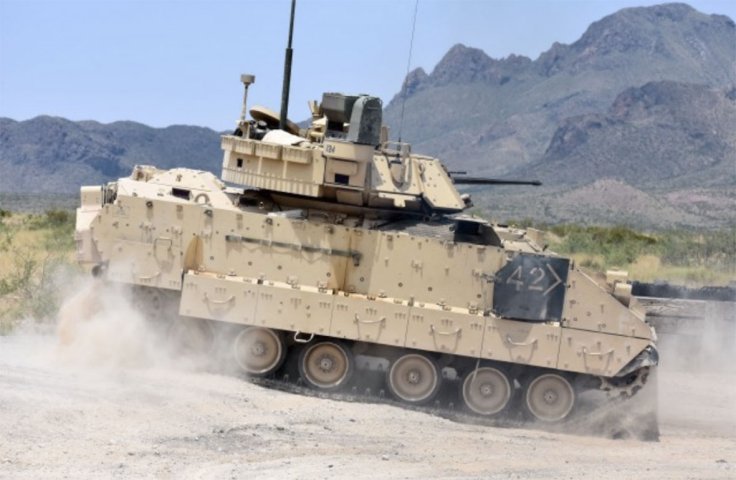 Too many open-ended questions plagued the US Army when it weighed whether to compete in its own M2 B...