A photograph posted on the WeChat social media platform of the People’s Liberation Army Navy’s (PLAN’s) South Sea Fleet (SSF) suggests that the anti-submarine-warfare (ASW)-capable variant of the Harbin Z-20 helicopter is close to entering service.

Published in early January the image is the first to be released to the public showing the aircraft operating at sea. It is also one of several photographs posted by the SSF illustrating activities during recent large-scale exercises. 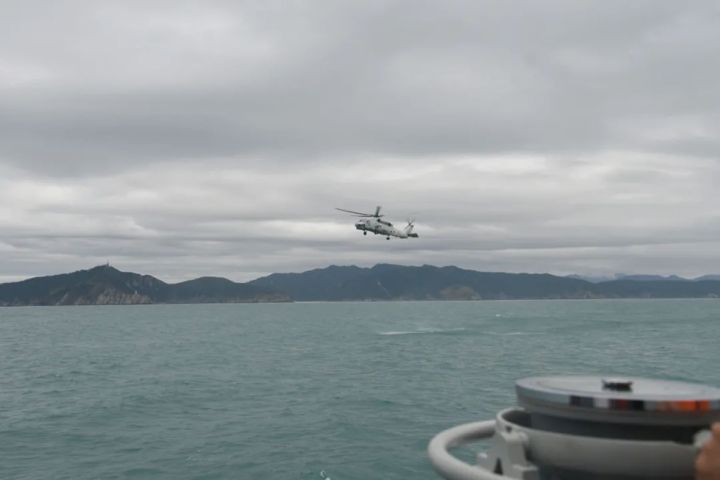 An image published by the PLAN’s SSF in early January showing new ASW-capable variant of the Z-20 helicopter taking part in what appear to be naval exercises at an undisclosed location. (PLA Navy’s South Sea Fleet )

The Z-20 is very similar in appearance to the Sikorsky UH-60 Black Hawk and the first prototype is thought to have flown in 2013. The utility variant used by the PLA Ground Force has been in production since about 2018 and at least two Army Aviation brigades have received several of these aircraft, some of which have deployed to support ground forces stationed in Tibet.

Low-resolution images of a naval utility variant first emerged in October 2019 and in April 2020 photographs of an ASW-capable variant appeared on Chinese online forums. The most obvious distinguishing feature of the ASW variant, which is thought to be designated Z-20F, is the addition of a radome mounted beneath the cockpit floor to house a surface-search radar, making it similar in appearance to the Lockheed Martin/Sikorsky MH-60R Seahawk.