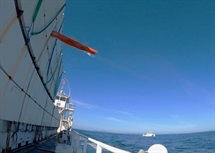 The Gloucester-based Allied Rapid Reaction Corps (ARRC) was certified on 17 November as NATO’s first warfighting corps headquarters since the Cold War, the Bundeswehr announced on its website on 27 November. The certification was finalised during exercise ‘Loyal Leda’ on 10–19 November. The Bundeswehr said the ARRC can now conduct territorial defence for NATO with up to five divisions and 120,000 troops.

On 17 November, the ARRC was certified as NATO’s first warfighting corps headquarters since the Cold War. (Crown Copyright)

Computer-assisted exercise ‘Loyal Leda’ involved 1,200 troops from the ARRC and other NATO formations from 21 countries, supported by military units and civilian organisations. The ARRC is capable of operating according to NATO standards with other NATO formations, according to the combat readiness evaluation. Speaking at the handover of the warfighting corps flag to ARRC headquarters, Allied Land Command commander US Army Lieutenant General Roger Cloutier said, “We must be in the position to work together as an alliance when we are asked to, from crisis reaction to larger combat deployments.”

’Loyal Leda’ was a NATO Article 5 command post exercise practising alliance collective defence. It was a key element in determining the ARRC’s readiness and its NATO certification as having reached a full operating capability, according to the Bundeswehr.

British Army paratroopers jumped into Ukraine for the first time, the UK Ministry of Defence (MoD) a...