ZALA Aero, a subsidiary of Rostec's Kalashnikov Group, unveiled a full-scale mock-up of the new naval version of its KUB-UAV loitering munition at the Army 2021 defence exhibition held in Kubinka, near Moscow, on 22–28 August. 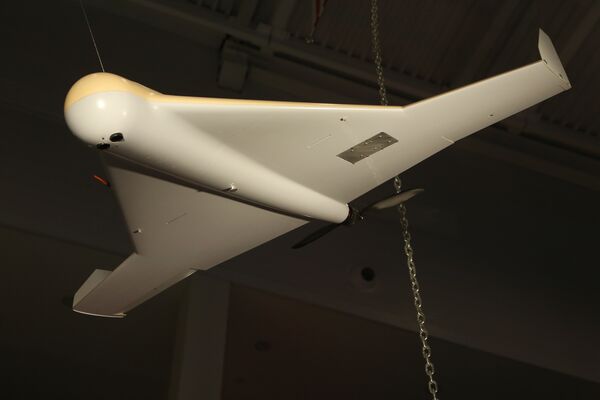 The configuration of the naval loitering munition is similar to that of the basic version, with minor differences to enable it to operate in sea conditions.

The main stage of state testing of the KUB-UAV loitering munition has been completed, ZALA director general Alexander Zakharov told Janes at Army 2021 on 24 August. As part of the trials, the military proposed it be modernised, including for placement on naval platforms to protect territorial waters.

“We have begun developing a modification of the KUB-UAV for deployment on high-speed boats and special-purpose ships. This work will be carried out in parallel with work on the main system. Soon we will begin working with the customer to test the sea-based vehicle after the end of state tests of the main system,” Zakharov said.

The KUB-UAV will be launched by a special launcher installed on standard naval platforms similar to the BK-016 boat produced by Kalashnikov. In the future a deck container launcher will be built to launch KUB-UAV swarms.

ZALA Aero, a subsidiary of Rostec's Kalashnikov Group, unveiled a full-scale mock-up of the new nava...