Russia's Ministry of Defence (MoD) signed the first contract for a prototype of the Shturm (Project Storm) unmanned ground vehicle (UGV) system based on the T-72 main battle tank (MBT) at the Army 2021 defence exhibition being held in Kubinka from 22 to 28 August, the TASS news agency reported on 24 August. 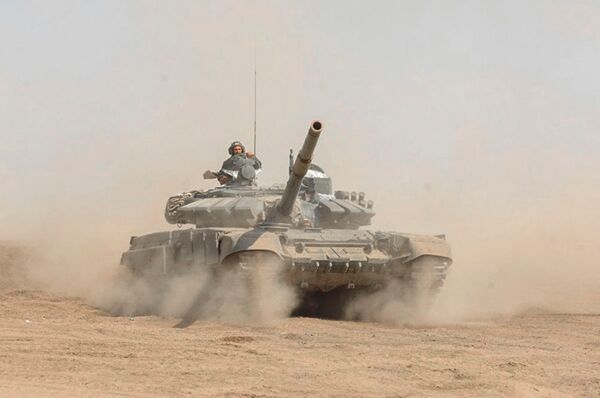 The Russian MoD has awarded Uralvagonzavod a contract for a prototype of the Shturm UGV system based on the T-72B3 MBT (pictured). (Russian MoD)

As originally envisaged, a system would consist of four T-72B3s modified for unmanned operations: one with a shortened D-414 125 mm smoothbore tank gun and a dozer blade, a second armed with RPO-2 Shmel-M thermobaric rocket launchers, a third with two 2A42 30 mm cannons, and a fourth carrying an armament similar to the TOS-1A heavy thermobaric multiple rocket launcher. The UGVs were expected to be controlled by an eight-strong team housed in a fifth vehicle also based on the T-72B3 MBT.

Russia's Ministry of Defence (MoD) signed the first contract for a prototype of the Shturm (Project ...