Tekhnodinamika, a subsidiary of Russian state corporation Rostec, unveiled its Stayer high-altitude parachute system, which enables airdrops from up to 10 km altitude, at the Army 2020 defence show in Kubinka. State trials of the system finished earlier this year, a Tekhnodinamika spokesperson told Janes.

The Stayer parachute was developed by the Ivanovo Polyot Parachute Plant and is intended for special unit airdrops from an altitude between 700 m and 10,000 m via Ilyushin Il-76, Antonov An-26 and An-2, Aero Vodochody L-410, and Mil Mi-8/17 aircraft flying speeds between 140 km/h and 350 km/h.

The main and backup parachutes withstand 10 g and 14 g overloads, respectively. The Stayer is capable of carrying the SKG-50 cargo subsystem that can mount a container with a 50 kg payload, armament, and oxygen subsystem. The SKG-50 works at temperatures between -40 C and 50 C and weighs about 4 kg. 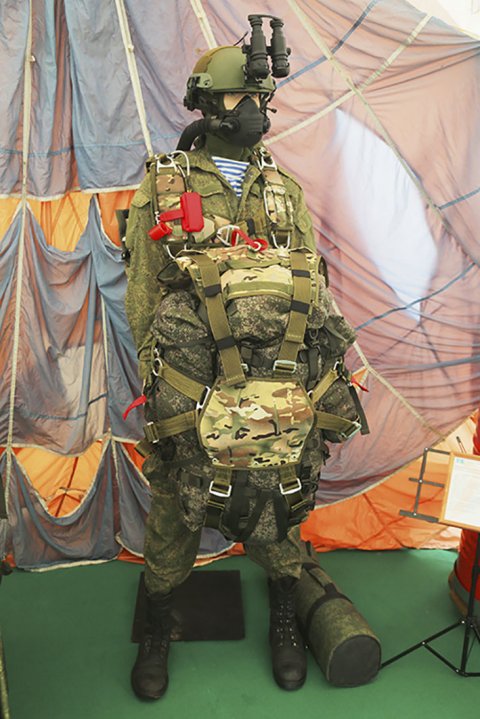 “The Stayer parachute system was developed under the requirements of the Ministry of Defence,” Tekhnodinamika Director General Igor Nasenkov said on 26 August. “It has passed through state trials, and there are contracts for its delivery to the Airborne Troops. We hope that the system will kindle the interest of potential customers.”

Deliveries to Russia’s Airborne Troops (VDV) are slated to start in 2021.