The Kalashnikov Group unveiled a new variant of the AK-12 assault rifle family on its social media platforms on 17 August. Designated as the AK-19, the rifle is chambered in 5.56×45 mm NATO. The original rifle, the AK-12, is chambered in 5.45×39 mm, the standard cartridge used by the Russian armed forces. 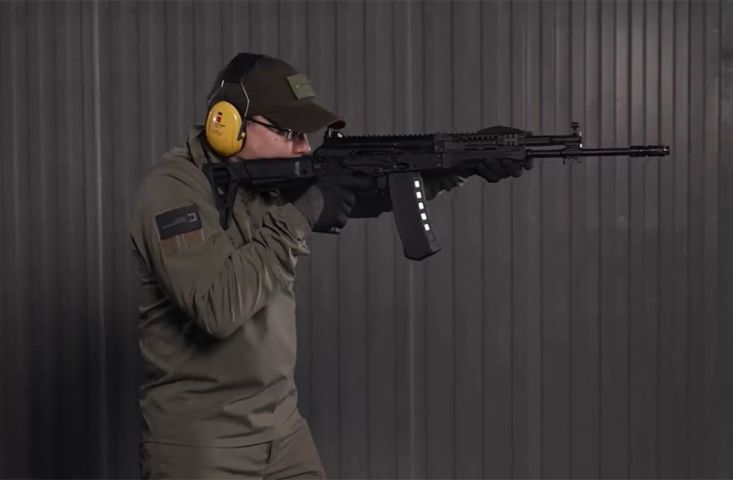 Kalashnikov unveiled its new AK-19 assault rifle on 17 August, ahead of Army 2020. (Kalashnikov)

The AK-19, which is still in development, features a few notable differences compared to the original AK-12. These modifications include a redesigned polymer stock; the lower profile design can still be folded to the left-hand side and features telescopic adjustments to its length of pull. The new muzzle device consists of a multi-slotted birdcage type flash suppressor rather than the muzzle break fitted on the AK-12. The AK-19 flash suppressor appears to be able to support a quick detachable sound suppressor. Finally, the AK-19 employs new proprietary polymer magazines, which retain design elements from the AK-12’s magazines. This includes the angled ‘heel’ on the magazine floorplate and ‘witness’ windows set at regular intervals on the magazine walls.

The Kalashnikov Group unveiled a new variant of the AK-12 assault rifle family on its social media p...