The long-standing military confrontation between Armenia and Azerbaijan over the disputed territory of Nagorno-Karabakh has been a cause of conflict between the two countries since the breakup of the Soviet Union, and has become one of the former Soviet Union’s longest-running ‘frozen conflicts’. A major escalation between the two sides took place in April 2016 in Nagorno-Karabakh, and resulted in the deaths of between 100 and 200 combatants. Known as the Four-Day War, the battle ended in a stalemate. Clashes in 2018 between Armenia and Azerbaijan also took place in the Azerbaijani exclave of Nakhchivan, located between Armenia, Iran and Turkey.

However, the outbreak of hostilities on 12 July came in an entirely different part of the two countries’ borders. Clashes took place around the towns of Movses in northeastern Armenia and Tovuz in northwestern Azerbaijan. Although the border between the two countries remains heavily fortified yet un-demarcated, more than 150,000 people live within 10 km of the border in the area, primarily on the Azerbaijani side, according to an International Crisis Group report published on 24 July. The heavy fortification of the two sides makes the potential for military miscalculation higher, risking an escalation into conflict. 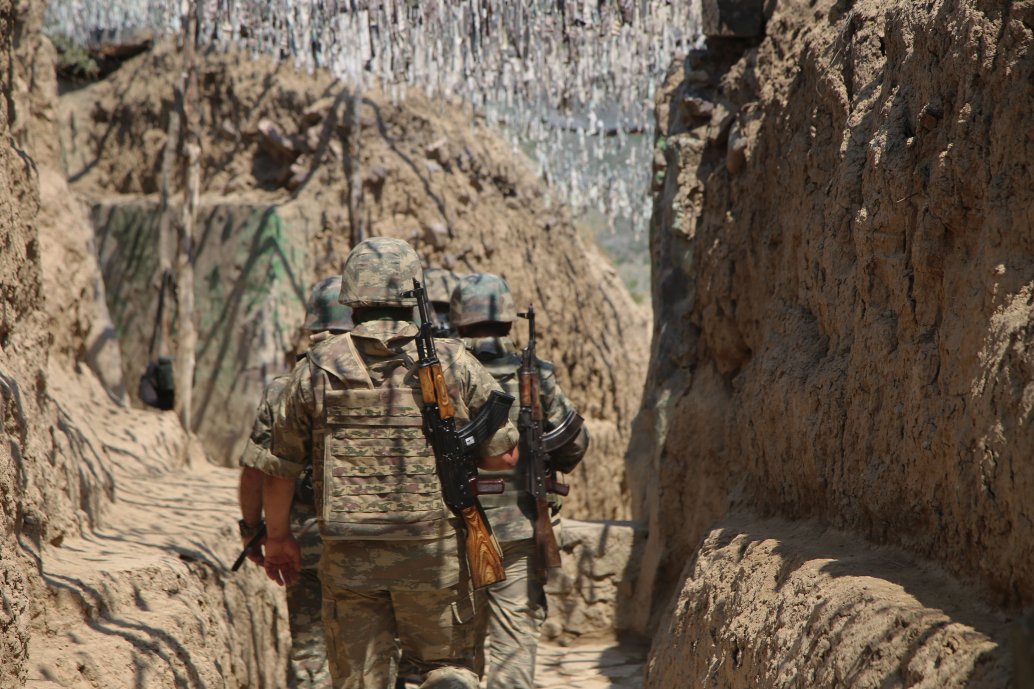 Azerbaijani soldiers on patrol on 18 July 2020 following clashes with Armenian forces around Tovuz in northwestern Azerbaijan. The skirmish showed that the territorial conflict between the two countries remains active. (Resul Rehimov/Anadolu Agency via Getty Images)