The Australian Antarctic Program announced on 28 June that it would undertake winter data collection to inform “the geotechnical and engineering design, delivery and construction methodology of the Davis Aerodrome project”, a plan to construct the first permanent paved runway in Antarctica. According to the statement, the mission had been approved under an Antarctic Treaty Environment Protection permit to inform a ‘Comprehensive Environmental Evaluation'.

The Australian announcement closely followed the 60th anniversary of the Antarctic Treaty coming into force on 23 June. The Antarctic Treaty System (ATS) that evolved out of the 1961 treaty restricts commercial and military activity on the continent and promotes peaceful activity, primarily scientific research and co-operation. Australia's plan to build a paved runway is likely to strengthen the ATS's principles by enabling increased collaboration and scrutiny of states' activities in Antarctica.

Australia is one of the seven treaty signatories with territorial claims, and the Australian Antarctic Territory (AAT) extends for nearly 5.9 million km, or approximately 42% of the continent in East Antarctica. Canberra's first flight to Antarctica took place in 1964, with a ski-equipped US Navy Lockheed LC-130F Hercules taking 15 hours to reach its destination from Melbourne. In 2008, an Airbus A319 landed at Australia's Wilkins Aerodrome – a ‘blue ice' runway, only used in summer, located at Australia's Casey research station. Then, in 2018, the Australian government confirmed its plan to build a year-round runway near its Davis research station. 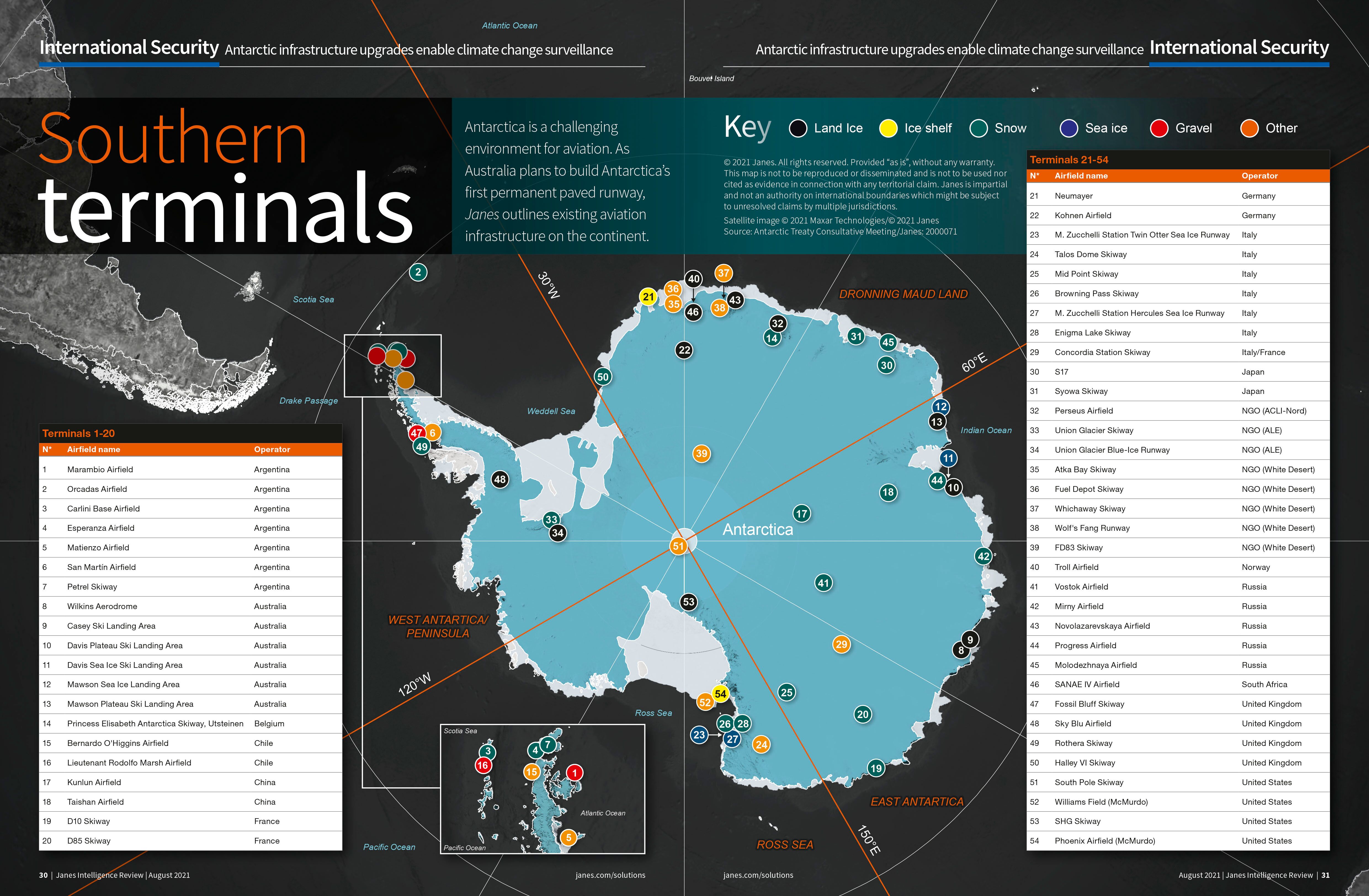 The Australian Antarctic Program announced on 28 June that it would undertake winter data collection...