AM General's interest in acquisitions grows 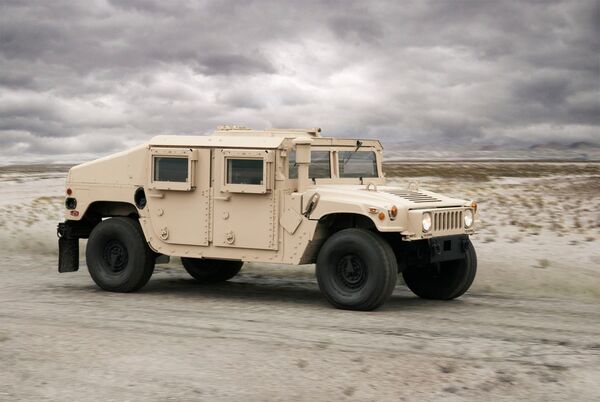 AM General's main product is the Humvee, which is formally called the High Mobility Multipurpose Wheeled Vehicle (HMMWV). (AM General)

AM General plans to put greater emphasis on buying or partnering with other companies to help fuel its growth, according to the new chief executive officer (CEO) of the US ground vehicle manufacturer.

US private equity firm KPS Capital Partners, which acquired AM General a year ago, has a dedicated fund to support acquisitions and joint ventures by the companies it owns, said Jim Cannon, who became AM General's CEO on 20 September. AM General is exploring how to tap into that fund.

“The sky's the limit there,” Cannon told Janes on 21 October.

AM General avoided acquisitions in the past, with a notable exception being its purchase of a minority stake in US artillery technology developer Mandus Group in 2018. The US Army is testing recoil-dampening technology that AM General and Mandus integrated on to a Humvee to allow the light military truck to carry a howitzer on its back instead of having to tow it.

Cannon brings plenty of acquisition experience to AM General, having overseen the purchase of several unmanned aerial and ground vehicle companies while he was CEO of US sensor manufacturer FLIR Systems for four years.

“While I was at FLIR, we deployed USD800 million to build out one of the largest unmanned platforms in the marketplace,” Cannon said.

FLIR's executive officers, including Cannon, departed when the company was acquired by US industrial conglomerate Teledyne Technologies in May.

Acquisitions are one of several priorities for Cannon at AM General. He also wants his new employer to improve its main product, the Humvee; develop new products; and compete aggressively in new and existing markets.

AM General plans to put greater emphasis on buying or partnering with other companies to help fuel i...