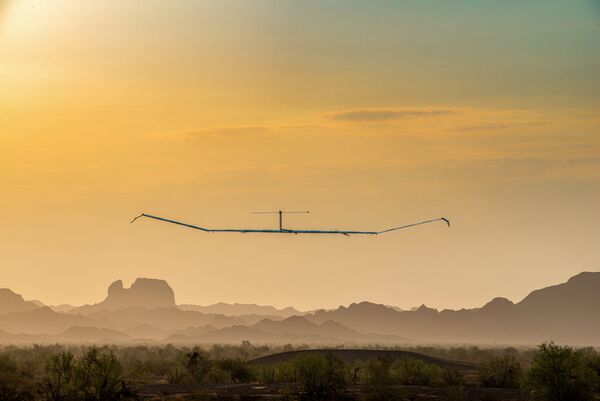 The Zephyr HAPS achieved a number of world firsts in its latest flight trials campaign over the third quarter of the year, with the tests bringing the pseudo satellite closer to operational use with the UK MoD and potentially others. (Airbus)

Airbus and the UK Ministry of Defence (MoD) have lauded the success of the most recent flight trials of its Zephyr unmanned aerial vehicle (UAV), saying that the campaign over the third quarter of 2021 ‘represent an important step towards operationalising the pseudo satellite'.

On 11 October, the manufacturer of the Zephyr and its chief military customer said that the July and August flight trials out of Arizona in the United States had seen the high-altitude pseudo-satellite (HAPS) achieve several world firsts on its path to being declared ready for operations in the foreseeable future.

James Gavin, Future Capability Group Head at Defence Equipment and Support at the MoD, added, “Working with Airbus and the Zephyr team during the 2021 flight campaign, significant progress has been made towards demonstrating HAPS as a capability. This summer's activities represent an important step towards operationalising the stratosphere.”

Airbus and the UK Ministry of Defence (MoD) have lauded the success of the most recent flight trials...