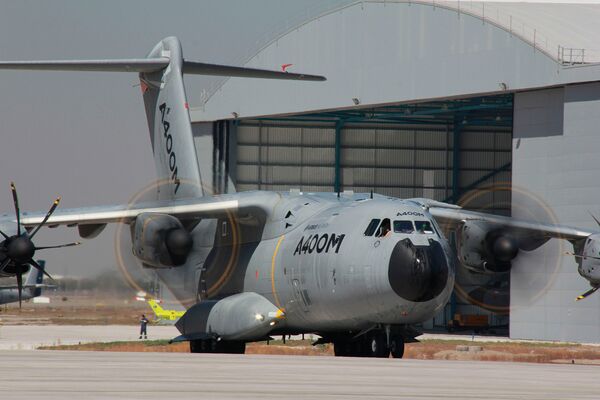 Airbus is confident of adding to its 176-aircraft order book for the A400M, with the head of the company's Military Aircraft division raising the prospect of near-term sales being announced shortly. (Janes/Gareth Jennings)

Speaking to Janes and other defence media on 6 September, Jean-Brice Dumont, Head of Military Aircraft at Airbus, said that the company is currently engaged in a number of sales campaigns for the A400M, and that it expects to announce an increase to its current 176-aircraft order book very shortly.

“The sale of two A400Ms to Kazakhstan was very positive for us [and] sends a strong signal to others. We are in various campaigns and some of these are not far from conclusion,” Dumont said.

Dumont did not identify these prospective customers, but the A400M has recently been identified as a target acquisition for Indonesia and South Korea, and has previously been demonstrated to Mexico, Saudi Arabia, and the United Arab Emirates, among others. Airbus will be targeting those nations with older model Lockheed Martin C-130 Hercules in their inventories, as well as nations such as Kazakhstan that have ageing Soviet-era platforms they wish to replace.

In signing up Kazakhstan on 1 September, Airbus secured its first export customer for the A400M since Malaysia joined the multinational programme in 2005. As noted in the announcement, the Kazakhstan Air Defence Forces (KADF) will be the first operator to field the A400M without an inflight aerial probe fitted when it receives its first aircraft in 2024.