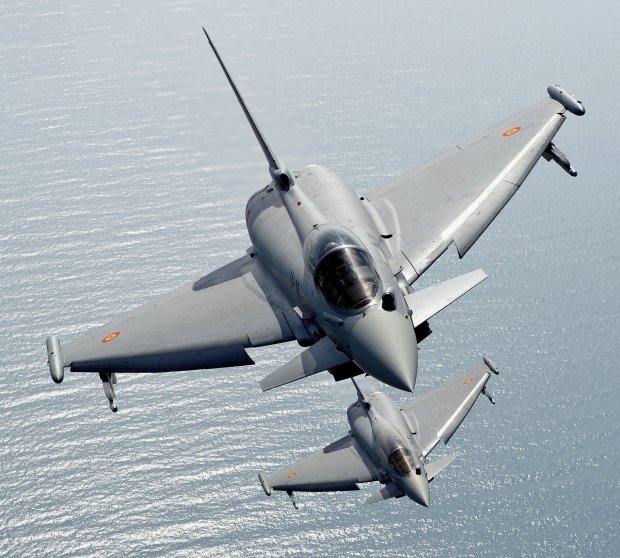 Airbus is offering 15 Tranche 3 Eurofighters to Colombia, alongside an existing offer of 17 surplus Tranche 1 aircraft that is being made by the Spanish government. (Eurofighter)

Iván Gonzalez, Head of Combat Aircraft Campaigns at Airbus Group, told Jane’s on 20 February that the company has offered 15 Tranche 3 aircraft (12 single-seat and 3 twin-seat) to Colombia.

According to Gonzalez, the Eurofighter would be the best option for Colombia for several reasons: “The country needs an advanced multirole fighter and the Eurofighter is the aircraft that best meets this requirement. In addition, the Eurofighter has an air-to-air superiority unmatched by other competitors, as well as air-to-ground superiority already demonstrated in real operations”.

“Additionally, it is important to consider that in the event that Colombia opted for a Eurofighter fleet, it would join the largest European defense programme, which would also allow the country to take advantage of the technological and economic benefits associated with this programme,” he said.

The FAC is currently evaluating and examining proposals from several countries and manufacturers for its air superiority fighter replacement programme. According to the air force, the Eurofighter, Lockheed Martin F-16V Block 70/72 and Saab JAS 39 Gripen E/F have been shortlisted as a potential replacement for its Kfirs.

Replacing the 23 Israeli Kfir fighter jets, which Colombia bought three decades ago, could cost more than USD1 billion, according to government sources. Despite budget limitations, President Ivan Duque has said he is in favour of modernising the country’s military equipment.

Colombia progresses towards Cessna T-37 and A-37 replacements