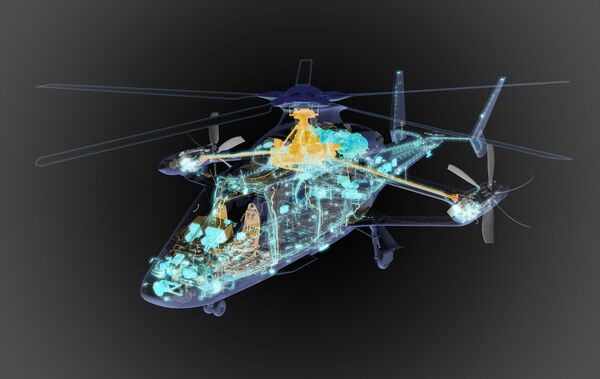 The Airbus RACER high-speed helicopter is one concept that could feed into the EU Next Generation Rotorcraft Technologies programme that the company is co-leading with Leonardo. (Airbus)

Airbus Helicopters and Leonardo Helicopters are to co-lead the European Union (EU) Next Generation Rotorcraft Technologies (NGRT) project to develop vertical take-off and landing (VTOL) assets for the post-2035 timeframe.

The two original equipment manufacturers (OEMs) announced the teaming arrangement in late July, noting that the project will pave the way for the future of military rotorcraft in Europe.

As noted by the European Commission, which is financing the project via the European Defence Fund (EDF), NGRT “concerns research on future technologies and the future operating environment (FOE) and future operating concepts (FOC) of military VTOL-systems […] in the 2035/2040+ horizon”. The challenge and scope of the NGRT project will be in defining the FOE and research FOC of military VTOL-systems. These include operability and operational flexibility; affordability both in procurement and life cycle cost; survivability, up to potential peer nations high intensity conflict; sustainability and operational readiness; interoperability for joint and combined operations and collaborative combat; resilience, with reduced dependency on critical installation and materials.

“Once the [FOE] outlines are set, the research activities can be focused on the FOC. This conceptual approach concerns all levels of warfare: strategic, operational, tactical, and technical. But also, logistic and maintenance concepts such as predictive and/or condition-based maintenance, logistical footprint, supply-chain management, acceptable life cycle costs and a flexible/affordable airworthiness certification process with common European (military) certification specifications,” the European Commission said in its outline of the programme, adding that assessments will include flights with higher speed and longer range VTOL technology demonstrators as necessary.