Airbus is seeking a role in developing the Air Combat Cloud pillar of the UK's Future Combat Air System (FCAS), of which the Tempest fighter is a crucial component. 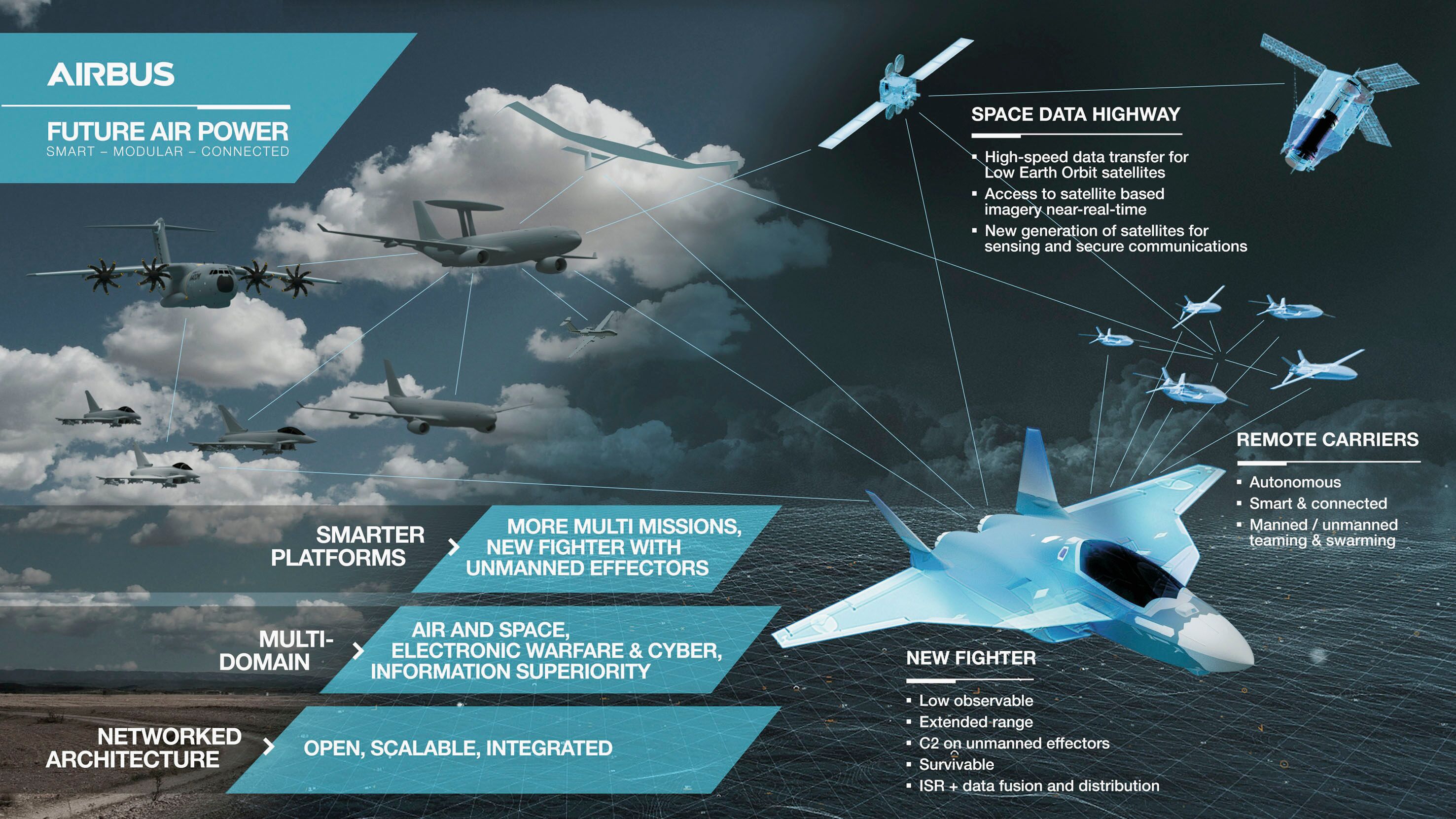 Conceptual art showing the European FCAS system-of-systems being networked together via the Air Combat Cloud. With Airbus leading development of this European cloud, Airbus DS in the UK is looking to channel this expertise and knowledge into the UK's FCAS project also to ensure future interoperability. (Airbus)

Speaking to Janes at the company's space facility in Portsmouth, the managing director of Airbus Defence and Space (DS) in the United Kingdom said that he would be keen to build on the wider company's role in leading development of the Air Combat Cloud on the rival European FCAS being developed by France, Germany and Spain, with similar involvement in the FCAS programme from Italy, Sweden, and the UK.

“Something I hear from all of the parties involved [in both FCAS projects] is the need for interoperability. As the leader of the European Combat Cloud [alongside Thales and Indra as partners], we are engaged with asking how we at Airbus [DS in the UK] could help the UK with ensuring that [interoperability],” Richard Franklin said on 3 June.

For both the European and the UK FCAS projects, Air Combat Clouds are being developed to network together all the air assets of the FCAS that will comprise an optionally piloted combat aircraft (the New Generation Fighter for Europe and Tempest for the UK) and their autonomous ‘loyal wingmen', as well as all other aviation assets operating in the battlespace. These Air Combat Clouds would then network with combat clouds of the other domains of land, sea, and space.

Airbus is seeking a role in developing the Air Combat Cloud pillar of the UK's Future Combat Air Sys...