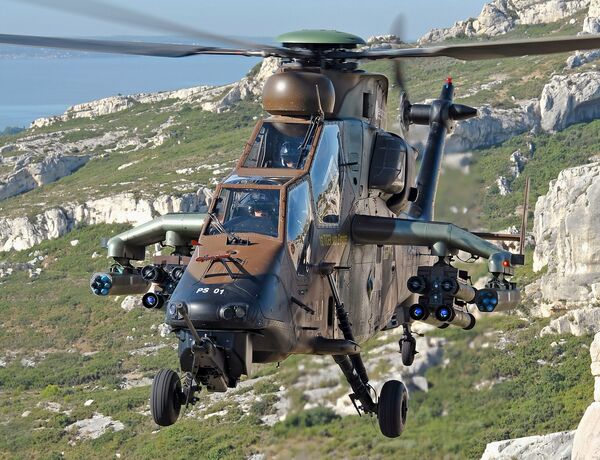 A French Tiger HAD attack helicopter. Along with Germany and Spain, France is expected to upgrade its Tiger fleet to the proposed Mk III standard. (Airbus)

Airbus has, for the first time, provided a comprehensive breakdown of the Tiger Mk III upgrade it plans to roll out to France, Germany, and Spain.

Speaking at the Airbus Defence and Space annual Trade Media Briefing, Airbus Helicopters' executive vice-president Matthieu Louvot said that the work to be carried out for each nation will be slightly different, though there will be a high degree of commonality between them.

“The versions will diverge somewhat – they are not exactly the same – but there will be a very large degree of convergence, [with] a lot of the systems in common,” he said. “There is a great dynamic to capture the benefits of similar configurations, [and] there is way more commonality than we could have expected”.

According to Airbus, the major system upgrades for the Mk III programme include improvements to the mast-mounted electro-optical system; the helmet-mounted sight system; the enhanced vision system; radios; datalinks for manned-unmanned teaming; new air-to-surface and air-to-air missiles, guns, and rockets; improved countermeasures; a new navigation system synchronised to the Galileo global positioning system; as well as an updated avionics suite that includes a new tactical data management system and battlefield management system.

The reason for the slight disparity in the Mk III work across the countries is that each country fields a slightly different version of the Tiger. There are three versions of the Tiger helicopter being flown by France, Germany, and Spain.

Airbus has, for the first time, provided a comprehensive breakdown of the Tiger Mk III upgrade it pl...