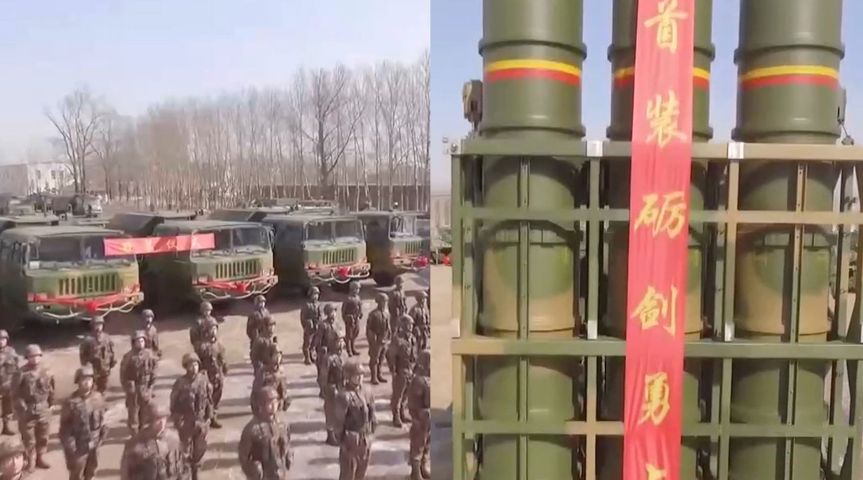 A screengrab from CCTV footage released on 28 February showing that an air-defence brigade with the PLA’s 78th Group Army recently received HQ-16 SAM systems. (Via CCTV )

Broadcaster China Central Television (CCTV) did not reveal how many examples of the truck-mounted system entered service with the brigade, which is under the PLA’s Northern Theatre Command, but the HQ-16 is thought to consist of at least one battalion set, as this would be expected for a brigade formation.

Given that the baseline version entered service back in 2011, it is likely that the recently delivered system was the HQ-16B.

The addition of such systems into the PLAGF provides much-needed anti-air cover for China’s armoured and mechanised formations.

Chinese state-owned media revealed on 28 February that an air-defence brigade with the People’s Libe...