The US Air Force Research Laboratory (AFRL) is delaying the first test flight of its Generation Orbit X-60A GoLauncher1 (GO1) hypersonic flight research vehicle from March to later this year, according to a programme official.

Barry Hellman, X-60A programme manager, declined to elaborate to Jane’s on 6 February as to why the first flight was being delayed but said that AFRL still expects a second test flight to come 4–6 months after the first. Hellman said AFRL, on the first flight, will fly advanced instrumentation, including an optical strain gauge, to see if it can withstand flight loads and acceleration. 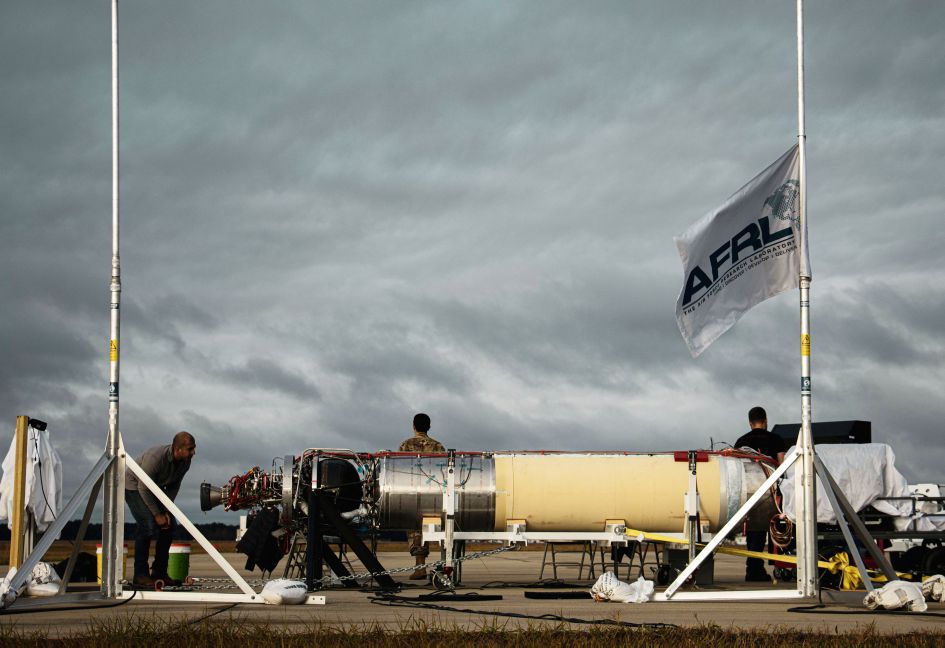 An optical strain gauge, he said, is a new but very brittle way of measuring structural loads that can withstand higher temperatures. Hellman said a strain gauge is a basic technology that has been around for years that measures strain or how much load is going into a structure. But they are limited on temperatures and hypersonic vehicles get very hot. Hellman said optical strain gauges have been used on the ground but not necessarily on a flight vehicle.

The second test flight will feature some subsystems and small components that will ride along. Hellman declined to elaborate on subsystem specifics.

The US Air Force Research Laboratory (AFRL) is delaying the first test flight of its Generation Orbi...

The US Air Force (USAF) plans to use the first two test flights of its X-60A GOLauncher1 (GO1) hyper...