The US Air Force Research Laboratory (AFRL) on 17 August announced that it had finalised its Dialable Effects Munition (DEM) Joint Capability Technology Demonstration (JCTD) programme with a live flight test of the experimental weapon system on 28 July.

Established in 2018, the DEM is an Office of the Secretary of Defense-funded JCTD initiative between the AFRL and the US Navy, which “aims to mature, demonstrate and transition technologies that enable a weapon's effects to be tailored dynamically in flight”, the AFRL said in a press release.

The DEM solution is a 2,000 lb air-to-surface munition containing a number of AFRL Munitions Directorate technologies as well as contributions from the US Army Combat Capabilities Development Command and contractor partners including Faxon Machining and L3 Harris. DEM technologies include a pre-formed fragment warhead case, an electronic safe and arm device, distributed embedded firesets, and a precision height-of-burst sensor. Those technologies control the weapon's lethal footprint, fragment speed, and direction, while a GBU-31 Joint Direct Attack Munition (JDAM) tail kit guides the munition to the target.

With DEM, the pilot is able to select munition effects based on three critical mission areas: an Area Attack effect that detonates high above the target for maximum dispersed effects over the area where collateral damage is not an issue; a Precise Lethal Footprint effect that detonates lower over the target to confine effects to a small area for low-collateral damage; and a Surface Target Perforation effect that detonates after the weapon punches through a structure. “While the technology is useful in weapons of many sizes, a large form factor will give the Department of the Air Force a unitary weapon that performs as well or better than current cluster munitions; albeit, without the concerns of unexploded ordnance [UXO],” the AFRL said. 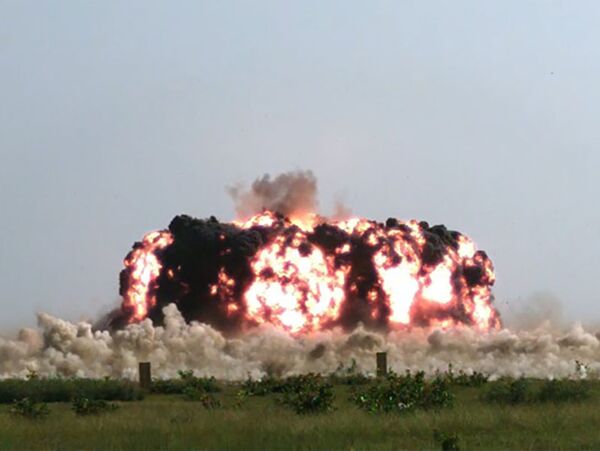 The US Air Force Research Laboratory (AFRL) on 17 August announced that it had finalised its Dialabl...