Conducted by the Air Force Research Laboratory (AFRL) in conjunction with Scientific Applications & Research Associates, the latest test proved the resolution of weapon software issues that had affected the first Golden Horde demonstration in December 2020. 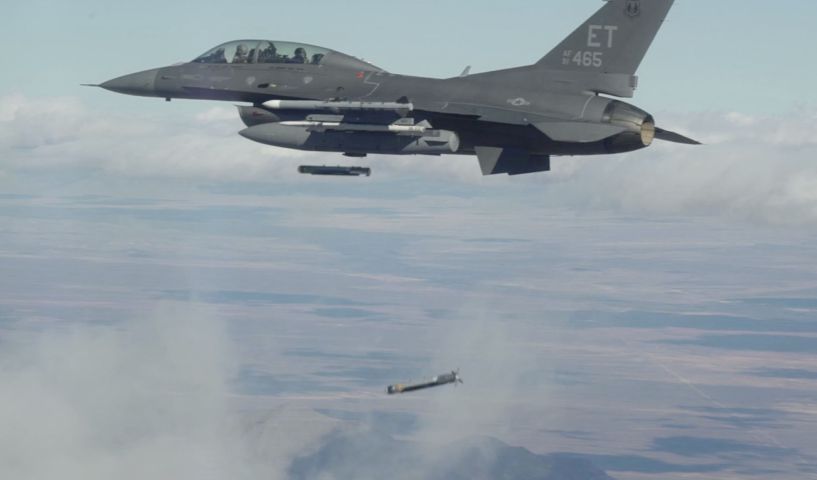 Collaborative Small Diameter Bombs (CSDBs) are launched from the wing of an F-16 fighter from the Air Force Test Center’s 96th Test Wing at Eglin Air Force Base, Florida. Four of the bombs were dropped during the second flight demonstration of the Golden Horde Vanguard on 19 February. (AFRL)

At the same time, the AFRL has revealed that future Golden Horde activities are being reoriented towards the development of multi-tier digital weapon ‘ecosystem’ known as the Colosseum.

Golden Horde is an Air Force Vanguard programme that integrates datalink radios and collaborative behaviours to allow guided weapon systems to work together dynamically in real time to prioritise and defeat targets. This shared data is used to improve information across an entire group or ‘swarm’ of weapons to defeat adversary defences and improve overall effectiveness.